Many of us – the Internet users, in their daily activities, see the great variety of colorful LED tapes and strips – open-framed or waterproof.

The waterproof strips can be adhesive coated or just inserted into the silicon pipe.

Also, here is and giant variety of their names : 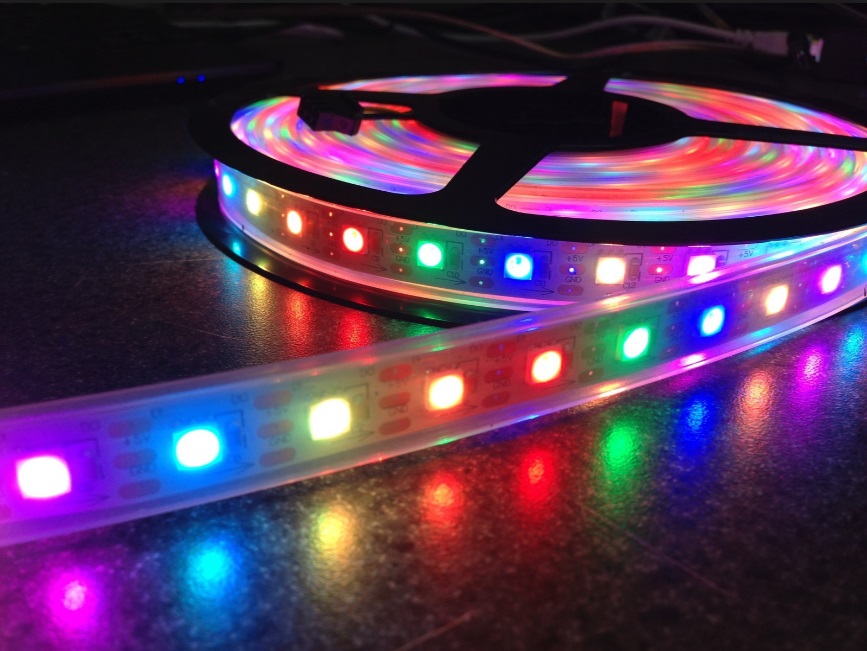 Full-color LED tape  or  Waterproof RGB-5050 LED strip, or Smart Addressable RGB-5050 Pixel, or some loudly and confused names as: 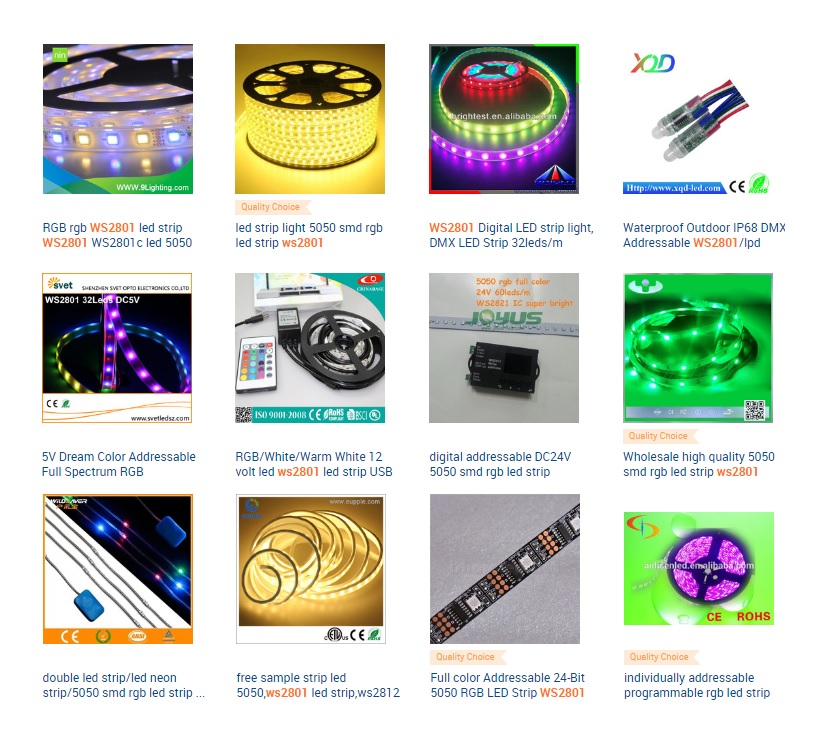 This tutorial in some parts is connected with the answers to some your questions and here we will try to explain the different aspects related to this funny theme.

Firstly, we need to return in the past and to descent into the history. 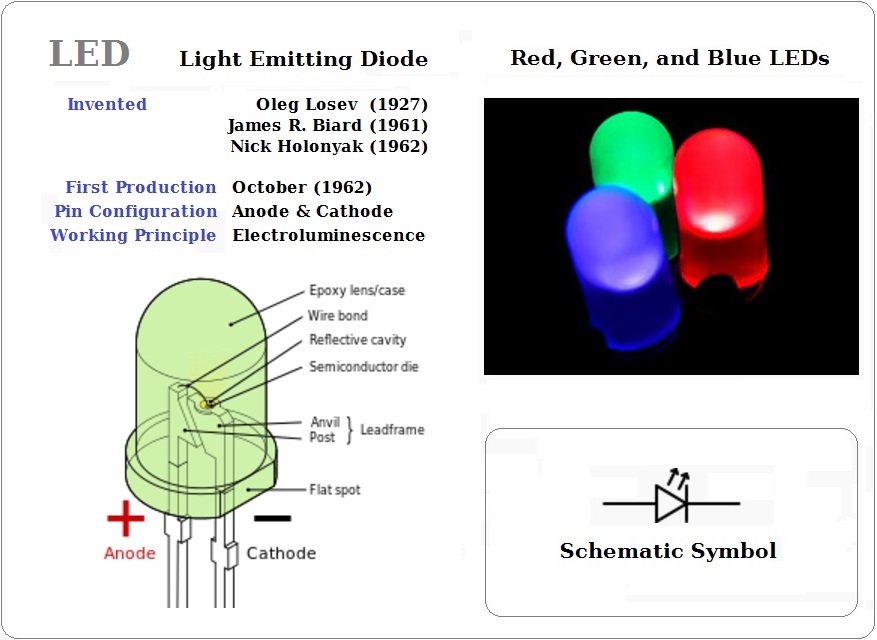 What does the “LED” abbreviature mean?

The device LED is two pins (Anode&Cathode) semiconductor device, who can generate or emit the light.

This Device using the effect : ” Electroluminescence “.

This “Electroluminescent Effect ” have been seen firstly in far 1927 year by scientist Oleg Losev.

54 years ago (in 1962) have been created the first production’s member – the first LED device.

The electroluminescent phenomenon or effect can be defined as reverse P-N junction effect. 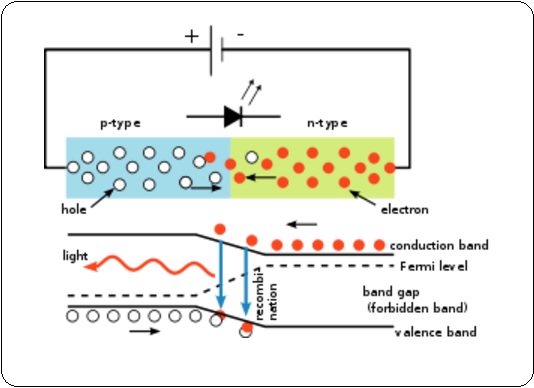 There is light emitting from silicon semiconductor when applying the electrical field (in practice this is made by carrying electrical {DC} current trough the P-N junction).
The LED’s evolution has begun with creating an Infrared LED and the RED LED using the special additional compound called :
Gallium-Arsenide: GaAs.    The Last name is pointing that this compound is created by elements from a periodical table : Gallium and Arsenic. 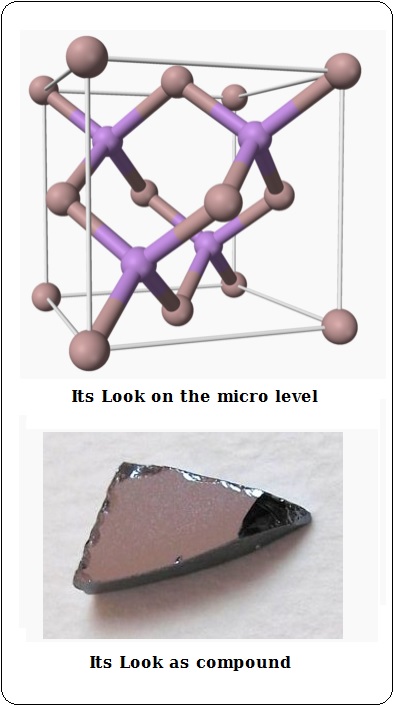 Using the different proportion and additives with the semiconductor, allowing to create the LEDs, whose can emit the different wavelength Light. 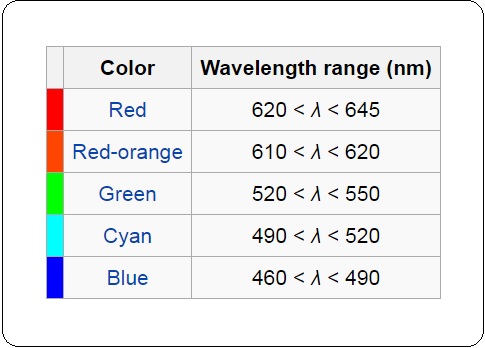 The Voltage Drop in Right Direction of powering of LED Device.

If = parameter [in Ampers]

We comfortable and quickly can cross-check the different LEDs by only one parameter.

This parameter in common cases is the efficiency.

Using the white LED  you can see that the efficiency is getting to  to If=0.350 A

Another usable parameter: the maximum a reverse applied voltage, without breakdown the device.

Ur = parameter [in Volts]

Example: the almost every one LED has the Max Ur = 5V;

On the pictures below, you can see some LEDs – view examples: 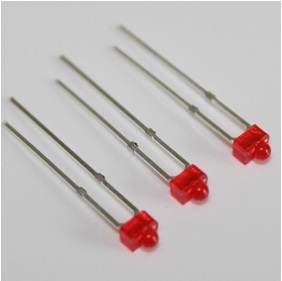 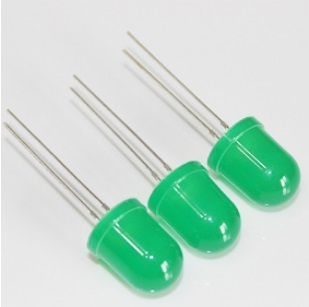 Follow the link below if you want to see the next part of this topic: