What is: Maximum Power Point Tracking – MPPT?
How Does it Work?

Maximum Power Point Tracking frequently referred to as MPPT, is an electronic system that operates the Photovoltaic (PV) modules in a manner that allows the modules to produce all the power they are capable of. MPPT is not a mechanical tracking system that “physically moves” the modules to make the point more directly at the sun.

MPPT is a fully electronic system that varies the electrical operating point of the modules so that the modules are able to deliver maximum available power. Additional power harvested from the modules is then made available as increased battery charge current. MPPT can be used in conjunction with a mechanical tracking system, but the two systems are completely different.

To understand how MPPT works, let’s first consider the operation of a conventional (non-MPPT) charge controller. When a conventional controller is charging a discharged battery, it simply connects the modules directly 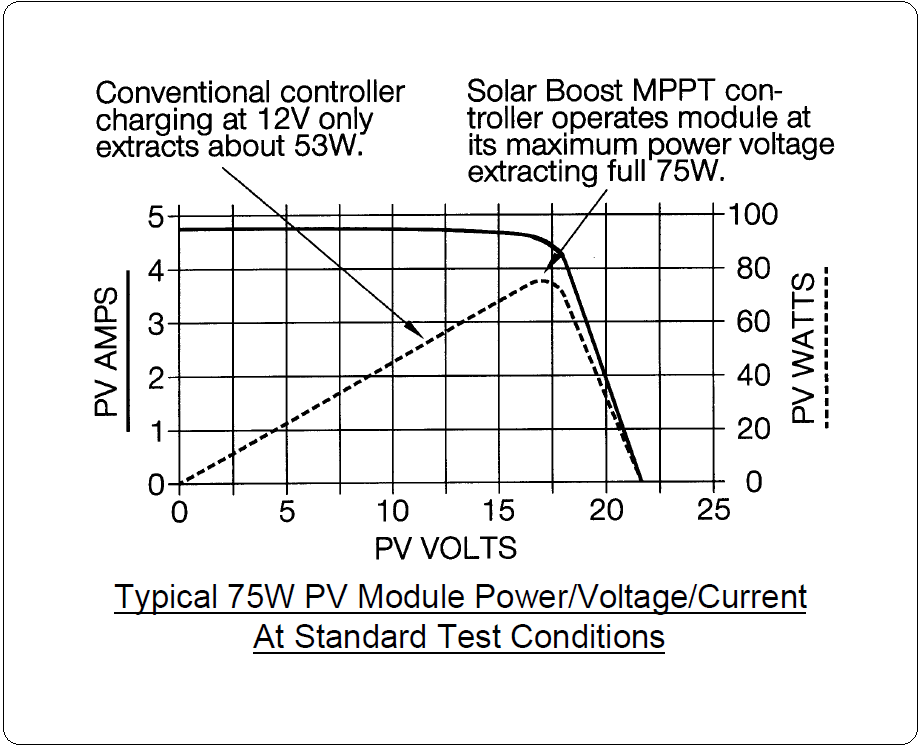 to the battery. This forces the modules to operate at battery voltage, typically not the ideal operating voltage at which the modules are able to produce their maximum available power.

In this example, the maximum power voltage of the module (VMP) is 17V. The MPPT system then operates the modules at 17V to extract the full 75W, regardless of present battery voltage. A high-efficiency DC-to-DC power converter converts the 17V module voltage at the controller input to battery voltage at the output. If the whole system wiring and all was 100% efficient, battery charge current in this example would be (VMODULE / VBATTERY ) x IMODULE, or ( 17V / 12V ) x 4.45A = 6.30A.

A charge current increase of 1.85A or 42% would be achieved by harvesting module power that would have been left behind by a conventional controller and turning it into useable charge current. But nothing isn’t 100% efficient and actual charge current increase will be Typical 75W PV Module Power/Voltage/Current At Standard Test conditions somewhat lower as some power is lost in wiring, fuses, circuit breakers, and in the Solar Boost charge controller. 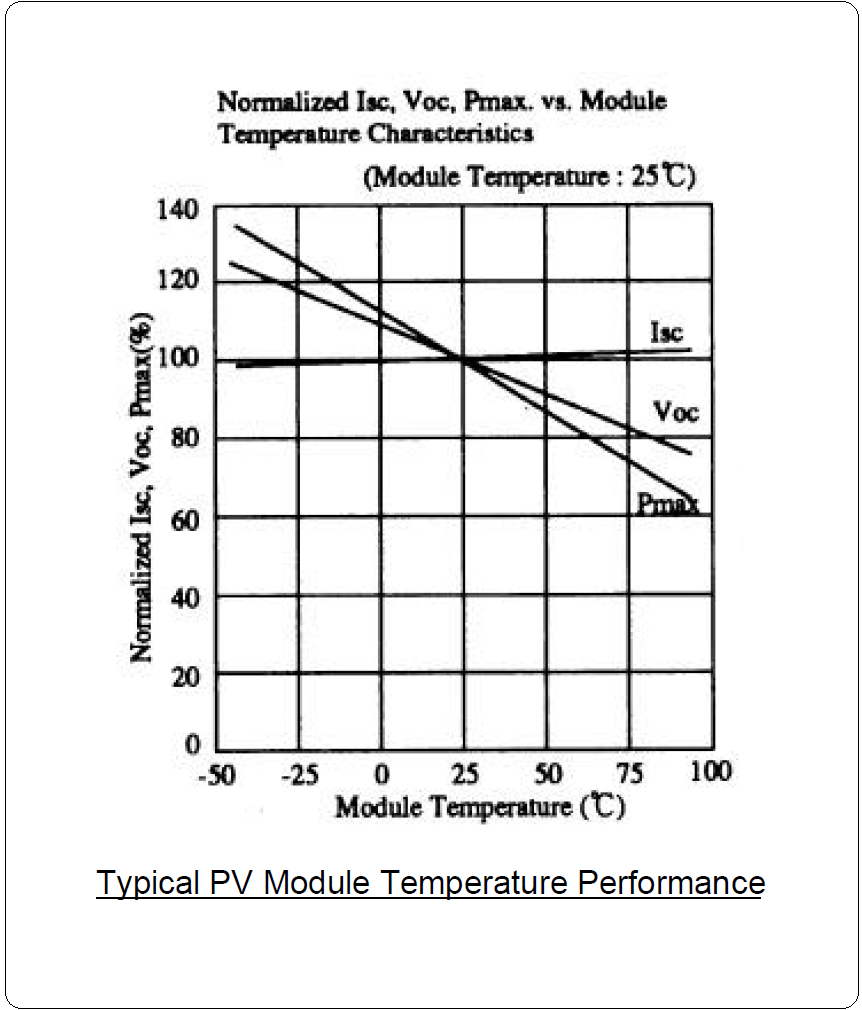 with operating conditions. As shown above, the greater the difference between PV module maximum power voltage VMP and battery voltage, the greater the charge current an increase will be. Cooler PV module cell temperatures tend to produce higher VMP and therefore greater charge current increase. This is because of VMP and available power increase as module cell temperature decrease as shown in the PV Module Temperature Performance graph. Modules with a 25°C VMP rating higher than 17V will also tend to produce more charge current increase because the difference between actual VMP and battery voltage will be greater.

A highly discharged battery will also increase charge current since battery voltage is lower, and output to the battery during MPPT could be thought of as being “constant power”. What most people see in cool comfortable temperatures with typical battery conditions is a charge current increase of between 10 – 25%. Cooler temperatures and highly discharged batteries can produce increases in excess of 30%. Customers in cold climates have reported charge current increases in excess of 40%. What this means is that current increase tends to be greatest when it is needed most; in cooler conditions when days are short, the sun is low on the horizon, and batteries may be more highly discharged. In conditions where extra power is not available (highly charged the battery and hot PV modules), a Solar Boost charge controller will perform as a conventional PWM type controller.

VIDEO 2. How to Get Readout from an MPPT