AR or the Augmented Reality is a way to be mixed the real or physical, environment objects and some visual or audio information, allowing the easily understanding the represented objects.

MR – Mixed Reality: Referred to as hybrid reality, is using the idea of merging of real and virtual worlds and producing all-new visualizations, where the digital and real objects are co-existing, interacting in real-time.

Today, we will introduce the device using all-new technology – or one world’s first device. It wouldn’t be related to projecting the video in front of your eyes.  It will use another your sense: the hearing!

The Bose is introducing for the first time in a world the Audio Platform for an Augmented Reality.

The Result: Equipped with BOSE AR glasses, with an installed Application and enabled smartphone you can hear what you see.

All this announcement sounds very attractive and progressive, and also give tons of possibilities.

Mainly, as the technology is very “young” software developers need some time to enter the BOSE AR in Applications for different OS systems.

The BOSE’s Support is also Great: Bose is created API and SDK Kit, powering the programmers. Bose’s website is offering the blog and Forums to exchange the significant information between the Bose’s Specialists and the software developers.

Let’s see the device: It is shaped like sunglasses with thick frames. The frame’s arms which rest over the ears have a special protrusion, are ending with rectangular holes at the front of each earlobe, actually, from where the sound to the ear is projected. This Revolutionary new-way of “Sound Connectivity” doesn’t influence the normal hearing of all other surrounding sounds. 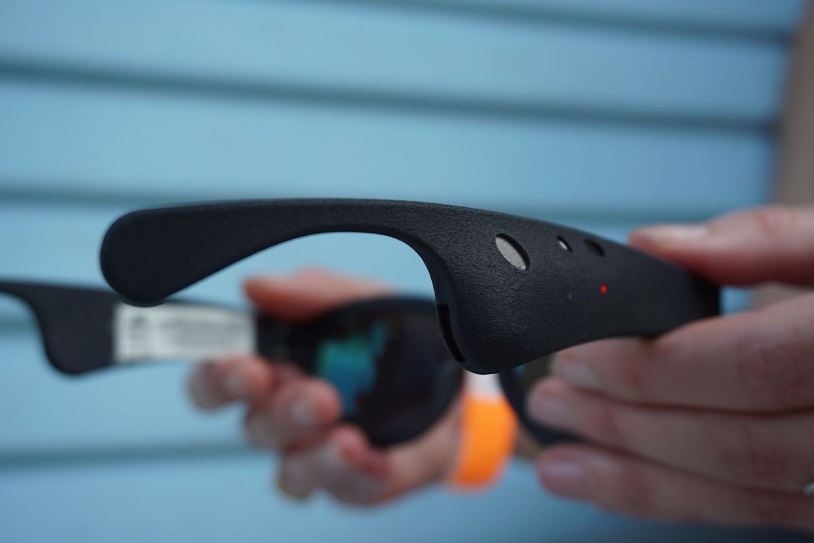 The Information about the glasses orientation is shared to a smartphone app via the wireless connection. Integrated GPS Gives the observer position on, and application doing all necessary calculations to “scan” and detect the Sight imaginary Beam to an Object.

With a minimal possible delay, the smartphone sends the actual audio information for recently pointed digitally, to BOSE AR Glasses, and immediately after decoding it, projects as Voice to the Ears. 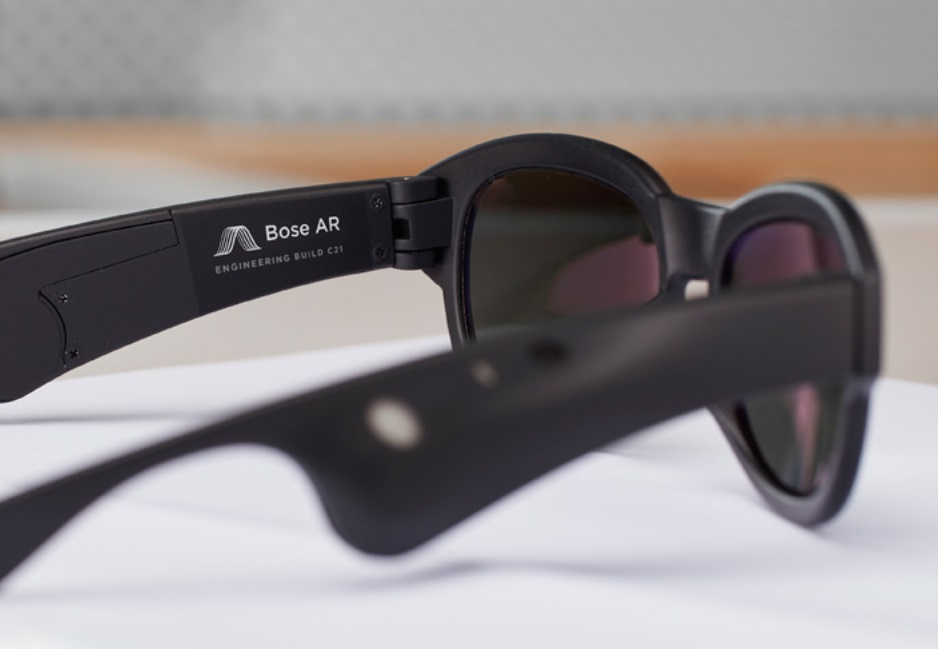 How they fit on the human face: 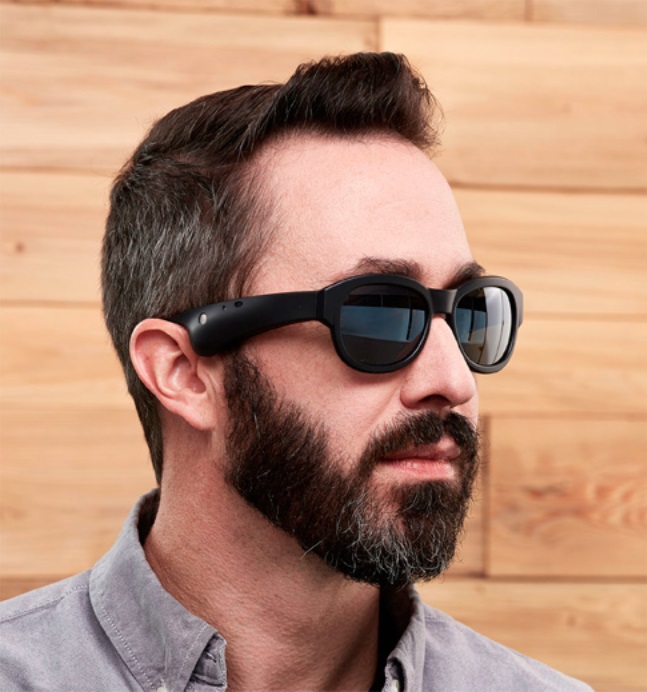