The Capacitors: The Remarkable Evergreen Component

Today’s topic is pointed to ones micro-miniatures, little, middle-sized or huge (e.g. Super Caps) micro or macro accumulators of energy. They are the most used in electronics components with the same level of popularity as resistors. Unknown for non-electronics sphere people and so ordinary for active hardware users.

We wish to fill this gap. The spheres of usage are countless. The places, where you can find them are so many – they are everywhere, just the same as cockroaches – ( it was a joke ).

Beginning with an electrostatic glass tube and ebonite stick. 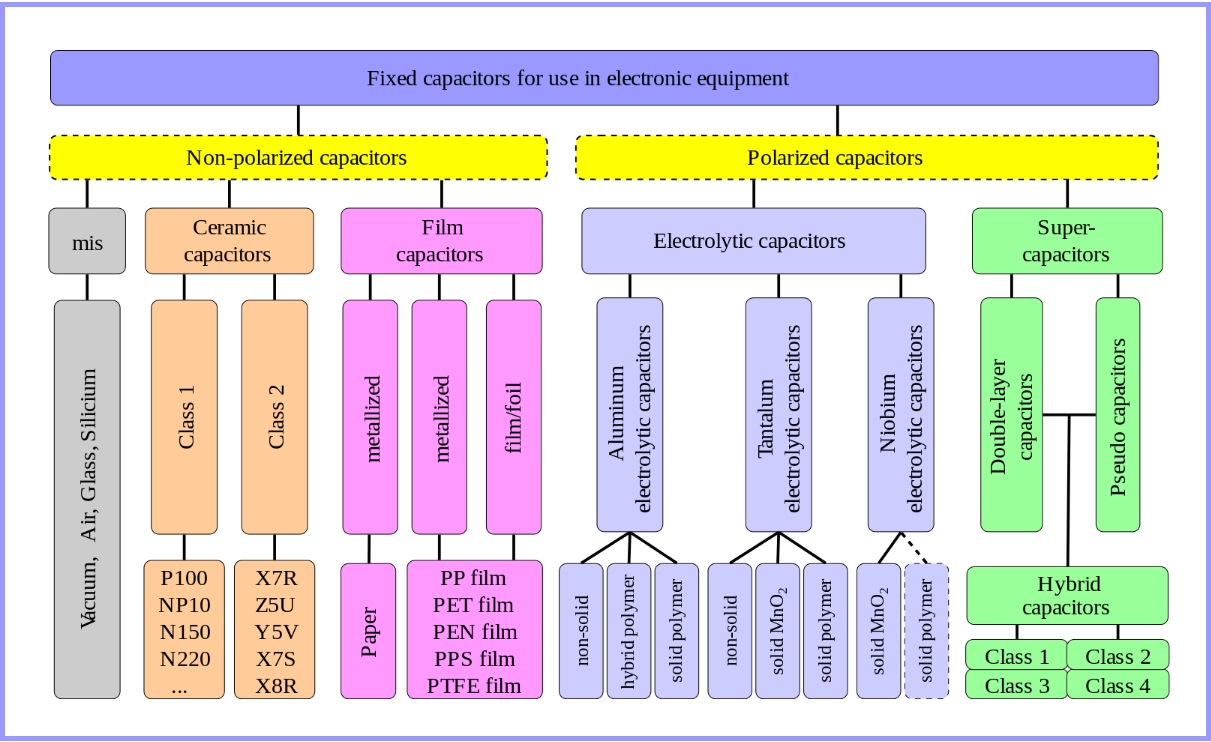 The capacitor – definition: Two Conductive near placed electrode plates with a dielectric material between them. The simplest capacitor has only air between the plates – and its name is intuitively an “air – capacitor”.

It integrates two parts – one – unmovable part, and second, mounted on a rotating axis part. This kind of capacitor is commonly used as a variable capacitor.

The value of capacitance is from single to ten picofarads max up to few nanofarads, depending capacitor plates count and dimensions / respectively overlapped area. 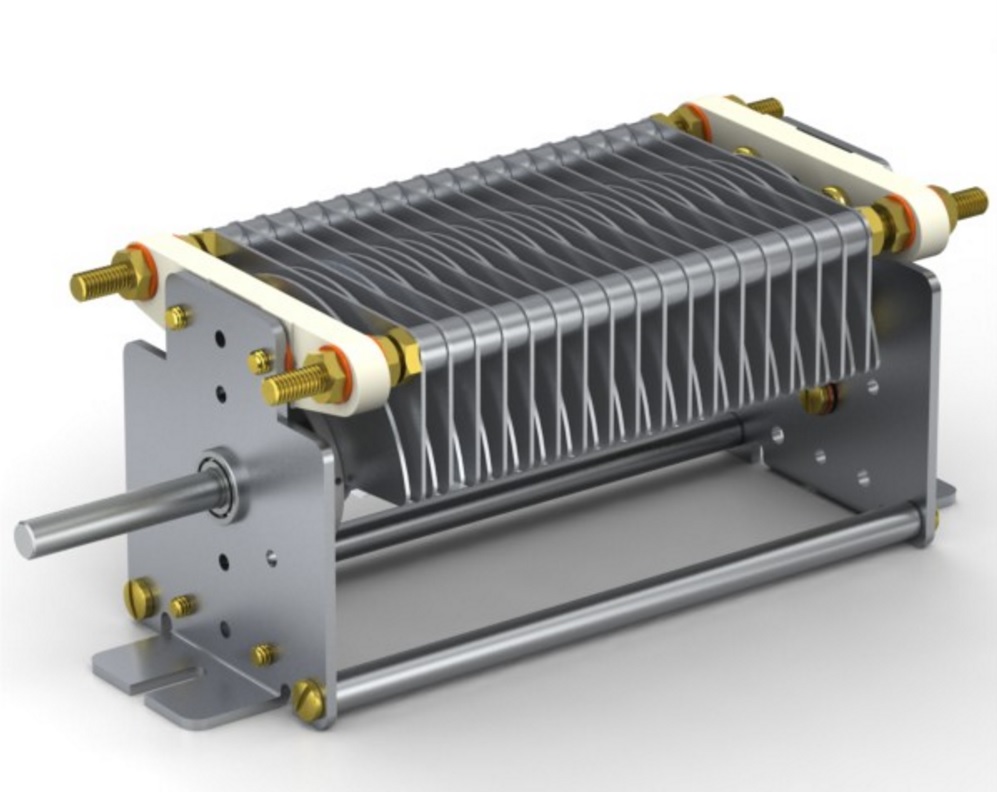 Useful Link for The Mathematical Explanation

Next type, related to used dielectric kind is a ceramic capacitor.  There are varieties of Dielectric type: coded with 3-chars X7R, Y5R, COG (NP0) – These three characters are defined by the EIA-198 standard.    See the table –  X7R dielectric type of ceramic capacitor works in the temperature range of -55C to +125C / Capacitance tolerance over that whole range is +/-15%.

The Capacitance tolerance defines the total change of nominal capacity over the whole working temperature range. 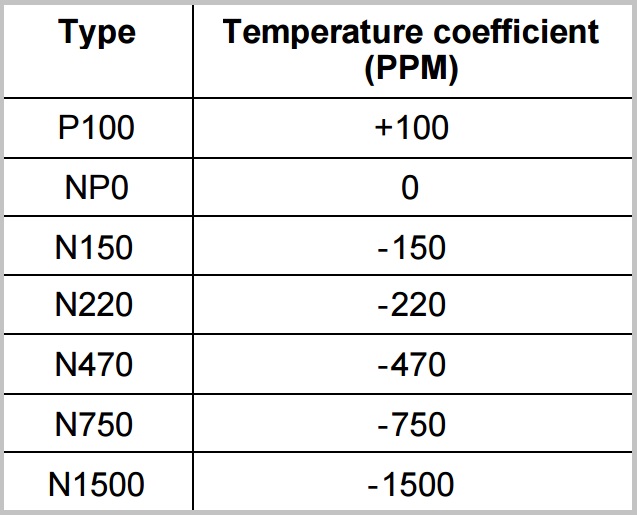 The needs of more capacitance in compact form factor generates the new idea: for extending with a parallel Connection ) between the 1950s and 1970s  – Around The Apollo Program was developed the MLCC – Multi-Layer Ceramic Capacitors. 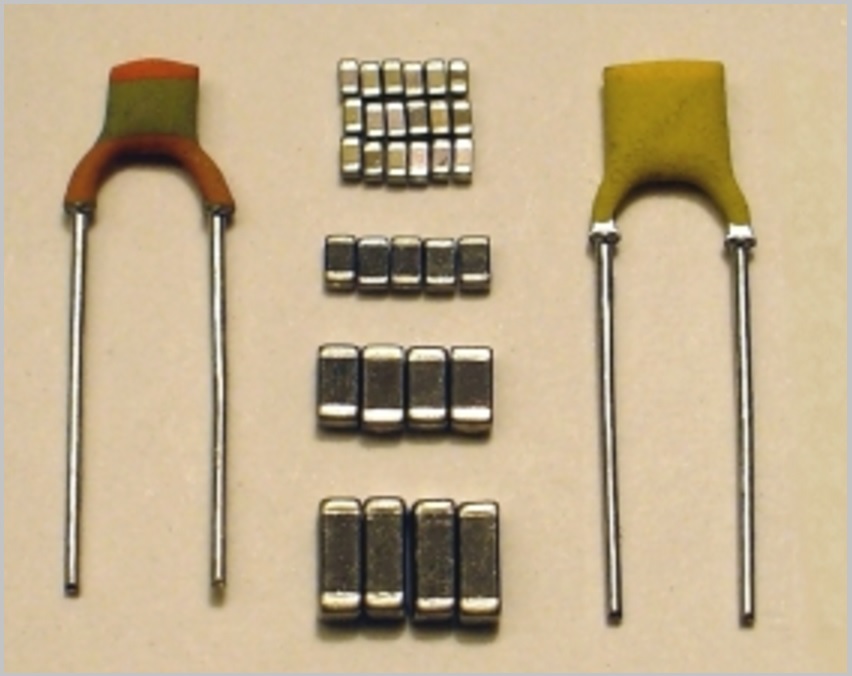 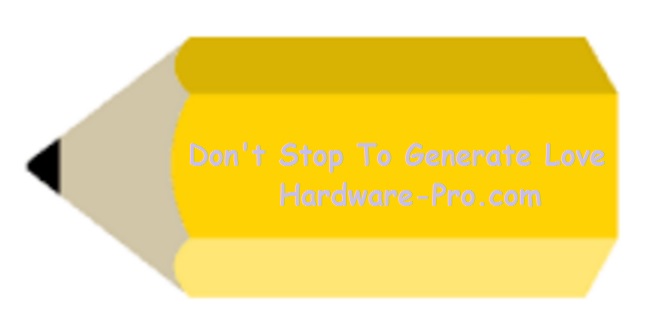