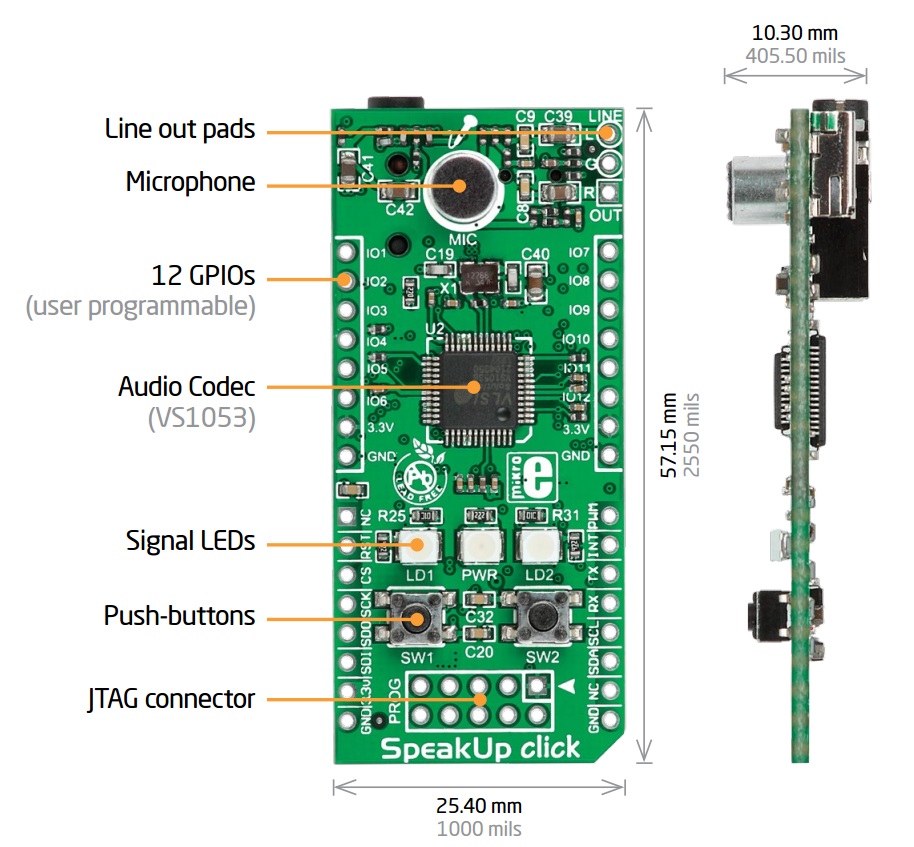 PIC. 1  SpeakUp Click Module – Top and Side View
AMAZON.CO.UK Affiliate Link: Mikroelektronika SpeakUP click Board:
Using this Intelligent Module, you can create a versatile Voice command recognizing System.
How does it work?
The Module Has integrated onboard Microphone. The audio input signal from the microphone is carrying through the Codec VS1053, processing signal in a Detailed RAW voice format. After that, the digitalized signal is incoming into the Microcontroller STM32415RG for further processing and storage.
The device can recognize command by command in over the 200 records.
Firstly, the module needs to be prepared, choosing the stand alone or mikroBUS operating and soldering the included 4 pcs. 1×8 male header connectors, concern to your choice. 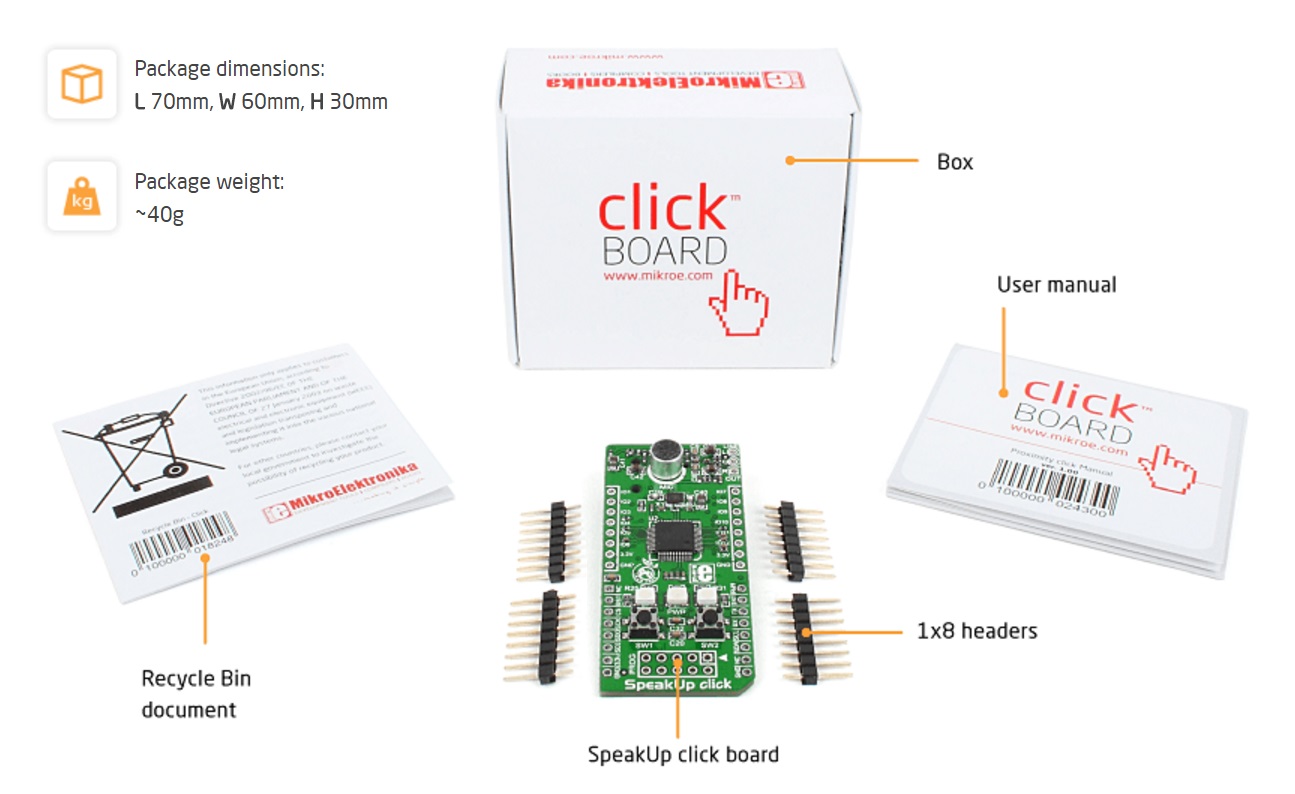 PIC. 2  Package consists:
Secondary, connecting the module via micro USB connector, it will be recognized as USB HID device, no driver need to be installed.
Starting the free SpeakUP Configuration Software: Link, the process of learning the system is a simple. After the USB Connection is fact, there is 10 sec delay for noise calibrating routine, after it, starting your activities.
Need to config the fields in a table-oriented software design, set the aliases, GPIO names , initial states, and after that, you might fill the voice memory, command by command.
SpeakUp Click Key Features:

* The Voice command phrases can be up to 5sec. long , but then, the total  available amount of commands is reducing in up to 200 sec. total recorded length. 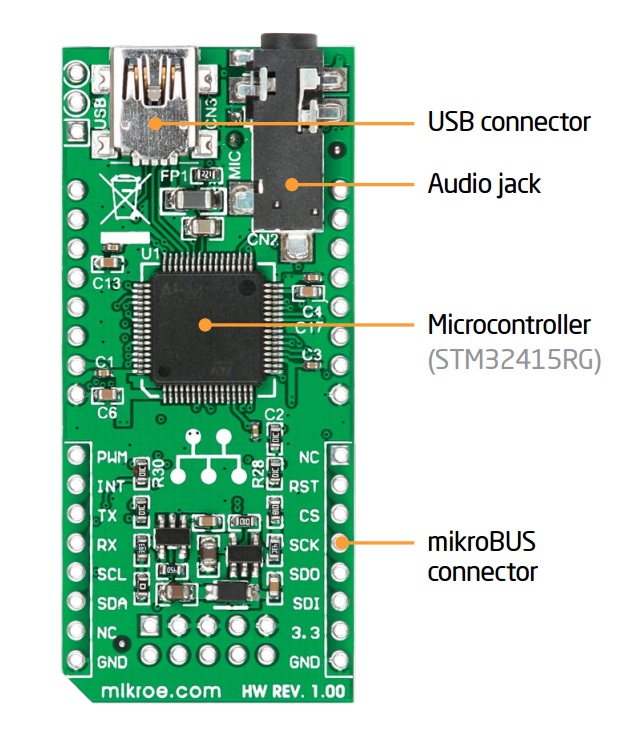 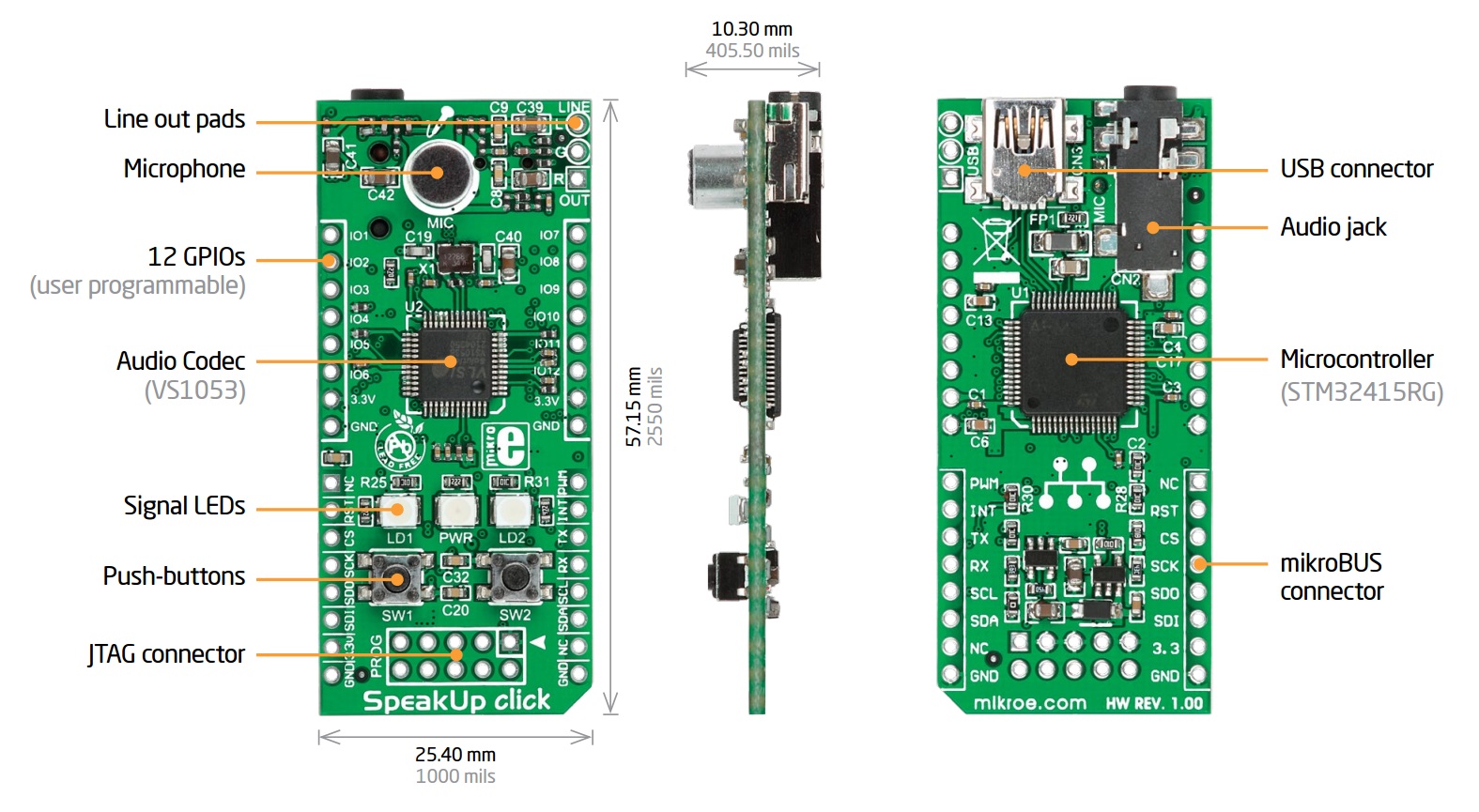