The Human Interface Devices are commonly in front of us, or in the palm of our hands, or we are touching them with our fingers until a significant part the day.

The Display, Touching Screen, Touching pad, a Microphone, speakers and headphones, game joysticks, and analog sticks, Webcam, Analog paddles, The DSLR Camera or another device dials, the digitizer, the trackball device, the stylus pen and touch sensitive display, the keyboard, and of course, the favorite computer mouse or mice.

In its basis, the computer mouse is a kind of “Pointing” device.

The pointer – named  “mouse pointer” is generally situated on some kind of display or screen.

The main purpose of the mouse as hand device is to translate the 2-Dimensional mouse movement into the 2-dimensionally movement representation of the Mouse pointer on the screen.

In the beginning of the science-technical revolution or in the era of the computer technology has increased the need for multiple devices, allowing the quick and comfortable manner of entering the data into and for reading the date from any kind of electronically – calculating machines, recently named: computers.

The inventor of Rolling Ball mouse was Douglas Engelbart – working in a middle of 60s of 20th Century.

The first known serial manufactured “computer mouse pointing device” or likeness a mouse was the Rolling ball or “Rollkugel ” by the German Company Telefunken.

Lets we list the metamorphoses points, carrying through the mouse, util it has the behavior known nowadays. 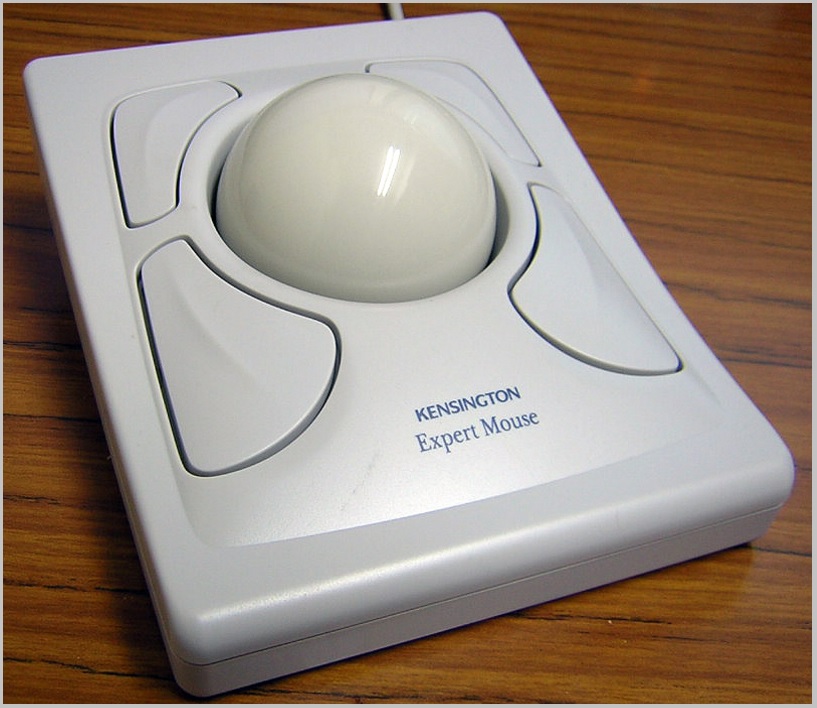 1. Trackball: – The trackball pointing device, was invented in 1941 by Ralph Benjamin. Patented in 1947, the device has been staying hidden, because it was kept as a military secret.

The inventor Douglas Engelbart working in the middle of 1960s, as part of SRI Stanford Research Institute has been invented and created the first prototype of the Mouse: The device was looking as a mouse, because of cord placed in the rear part, connecting to the computer equipment. 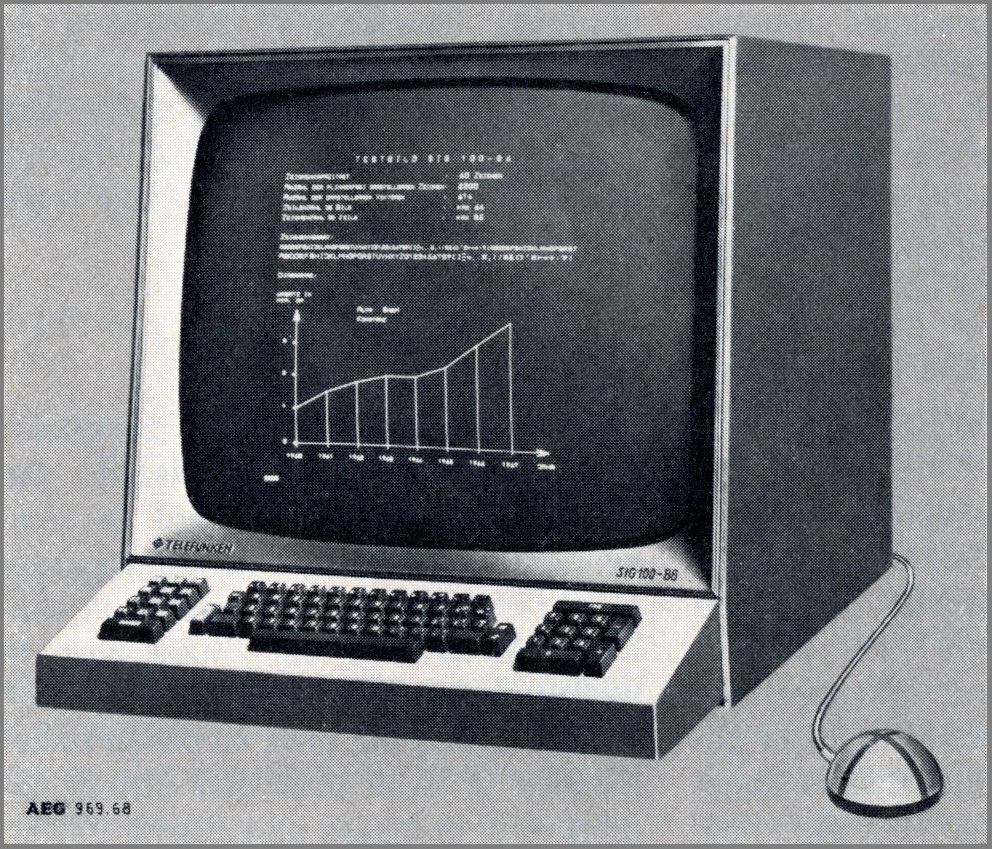 PIC. 2  Rollkugel  as a part of  the Telefunken System equipment 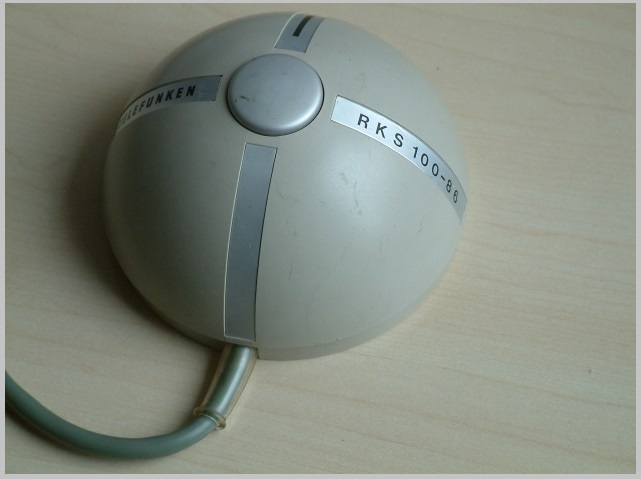 PIC. 4   Rollkugel  By Telefunken – View Inside

The Hardware Enthusiast made a BusMouse to USB conversion –> Link

The secret goes on the white world 1965 – 1968  released by The Germany company Telefunken. Developed, advanced and integrated into their system , the tracking balls HID devices, stay the favorite pointing device.  This invention was used for inspiration of reversible style of tracking ball – the first ball looking mouse – because of cord in a rear part for connection with a computing device. 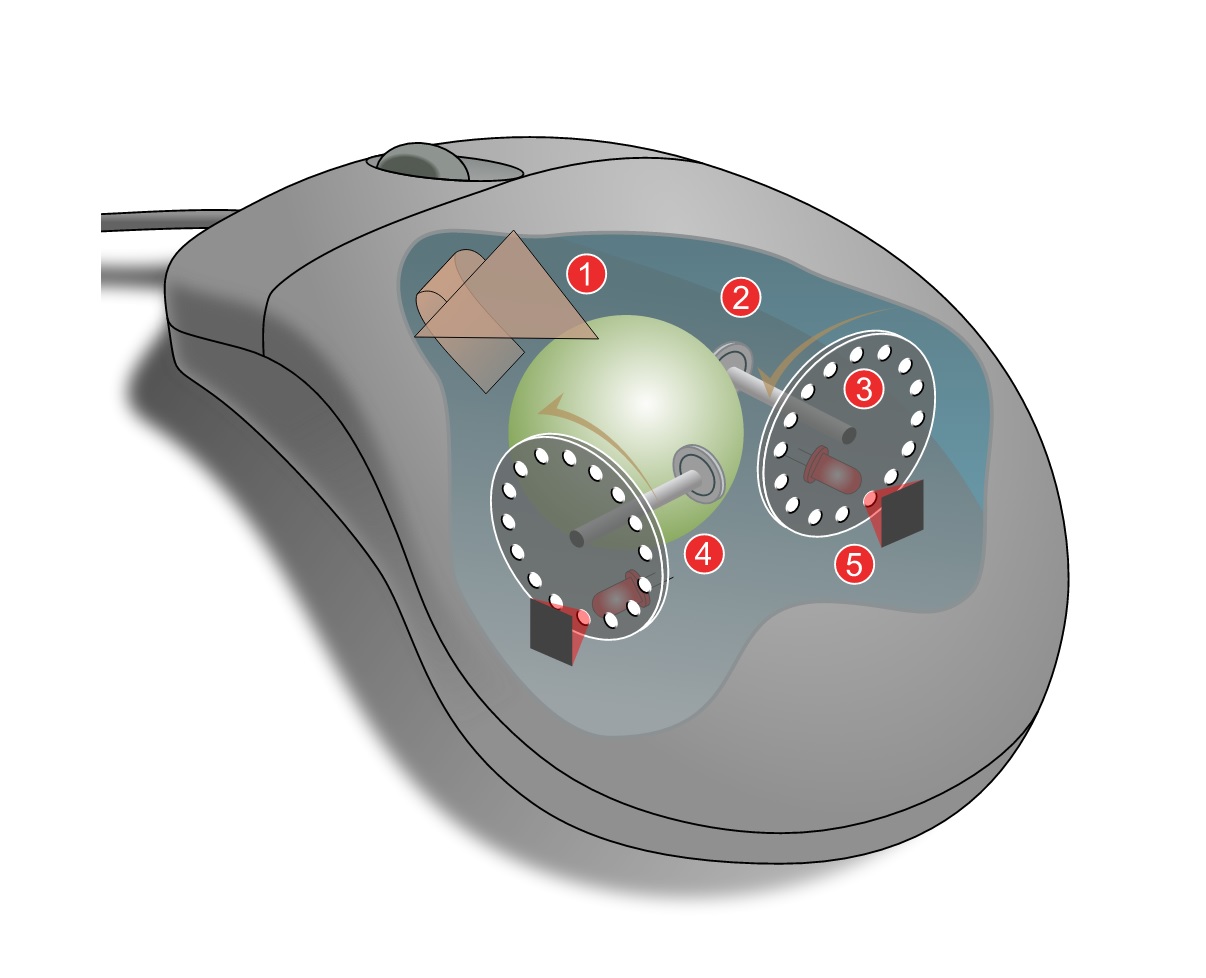 (2) One By two rotating axis -which ended have attached the encoding disk (3) with perforations, cutting the IR Ray between the LED and Light receiving circuit.

Firstly developed By The Germany company Telefunken, for optional input pointing equipment of their computer system earlier 1968. The device is named mouse because it was looking a mouse – small rounded body with a cord, placed in the rear part, connecting to the computer equipment.

3. Paddles or analog sticks:  –  It represents two potentiometers (Variable Resistors) with comfortable knobs, independently in X, and Y axis movement, and a few configurable switches, simplifying the working process with the device.

4. Gaming or two axis Joysticks:  Stick, Connected in a system with 2 Potentiometers, independently in X and Y axis movement. 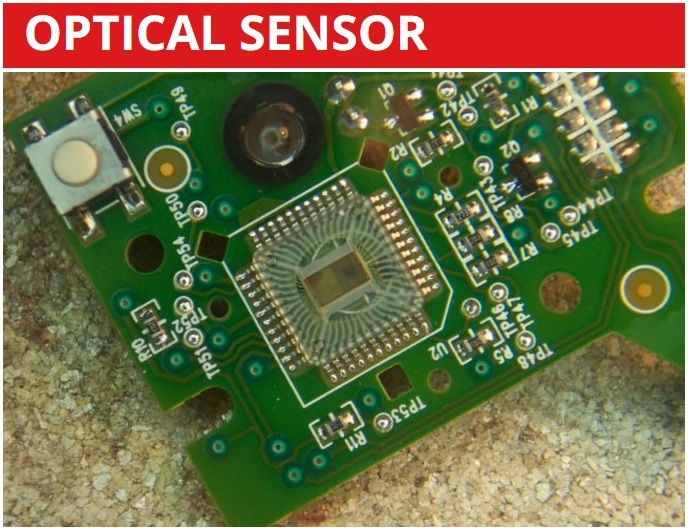 The Optical Mouse is the natural extension of developing the best HID pointing device. The main goal was to be developed а pointing device without moving parts.

The nowadays optical mouse technology was invented By Agilent Technologies at the end of the 20th century. There aren’t any movable parts.

The principle of working the Optical Mouse is as following:

Imaging Sensor takes pictures on the surface under the mouse very quickly – near 10000 times in a  second.The device is comparing the last taken image with

The Ic device compares the last taken image with pictures, stored 100 uS ago.

When the images are different, the device is calculating the offset in pixels – and the software driver is moving the pointer proportionally to its new coordinates. In an opposite case – the identical images, there isn’t any movement detected.

In its basis, the Laser Mouse is also optical, by a manner of recognition in good resolution the layer below the mouse. The Red LED is replaced by a Laser Diode. The Optical Sensor is also improved. The Laser Diode light beam allows the image sensor recognition to be improved, more specific when working on many pretentious surfaces – as a dark or Black lacquered, noncolored glass, transparent plastics, etc. 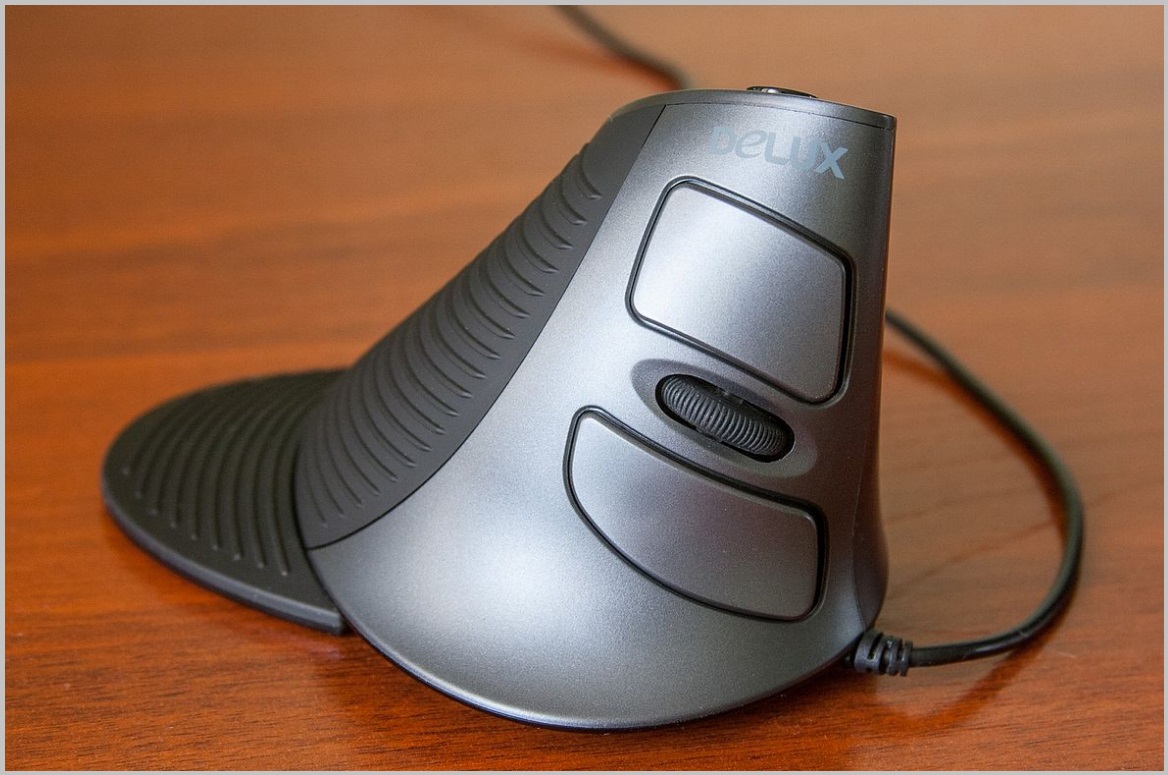 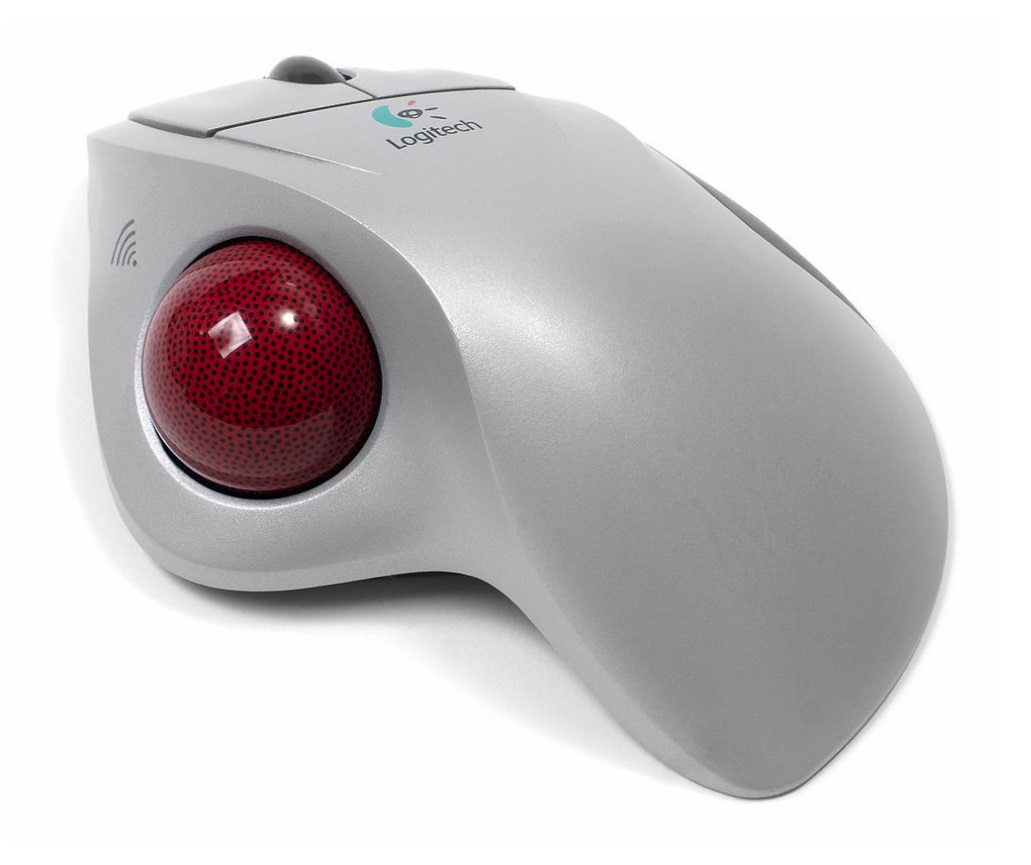 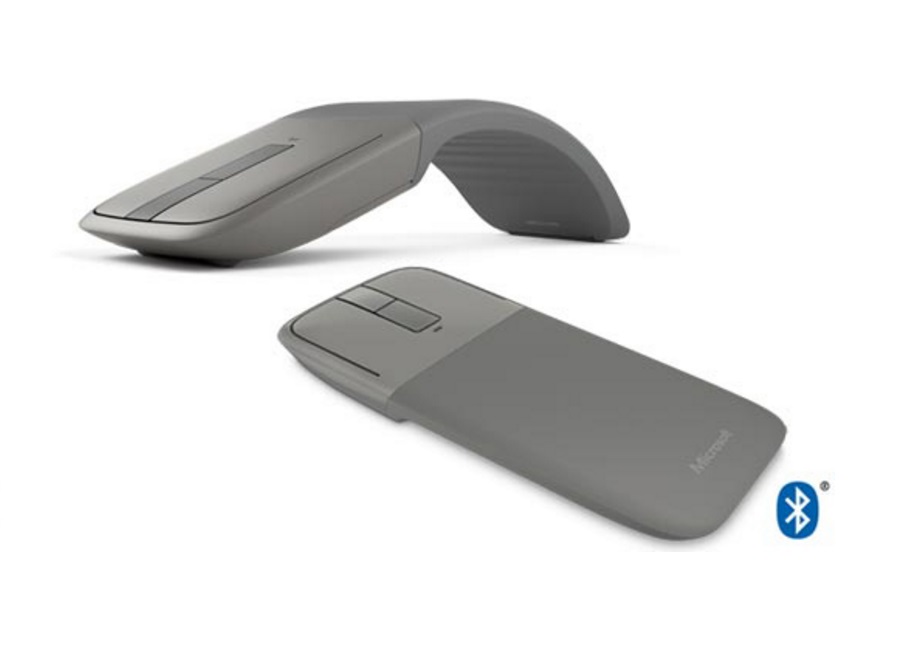 Here can be seen the main aspects in the process of Arc Touch Mice development.