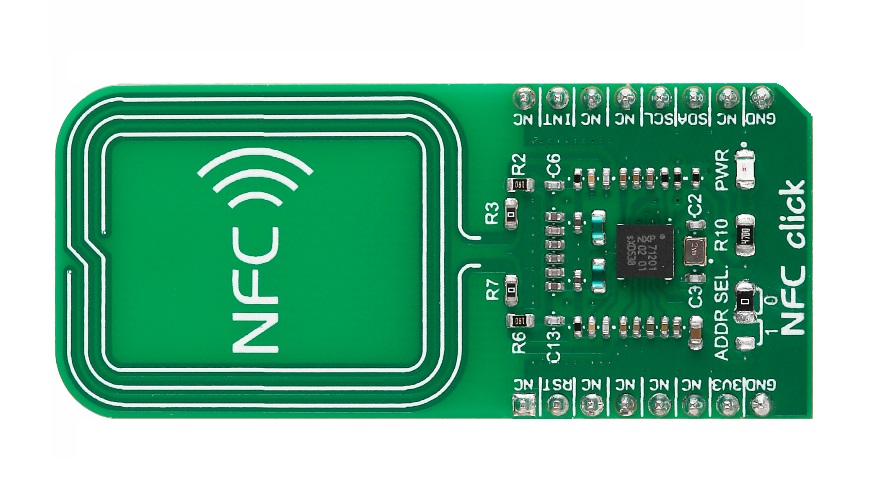 NFC is a subset system of RFID devices, which is working on 13.540 MHz.

Тhat’s why an NFC IC can read data from and write into the RFID tags – for example, ISO14443 certified.

The Typical NFC spheres of usage are :

This RF NFC Module The module can be used in three modes:

Card emulation Mode:  NFC Click staying “Slave” doesn’t initiate the communication. When the NFC Click module stays passive, looking as the Card or tag, the transfer is initiated by the reader.

Read/Write Tag operation:  In this mode, it is NFC click Module is configured to generate the Radio Frequency Field on 13.540 MHz, powering the tag, and reading the info stored into the tag. Passive tag or contactless card modulates the amplitude using The Manchester or Bi-phase self-synchronizing code.

Peer-to-peer connection: When two NFC-supporting devices are situated close to each other, there is set Peer-to-peer connection and can be established the data exchange – That is useful for example: to simplify the Bluetooth pairing process – not necessary special configurations or secret password entering . 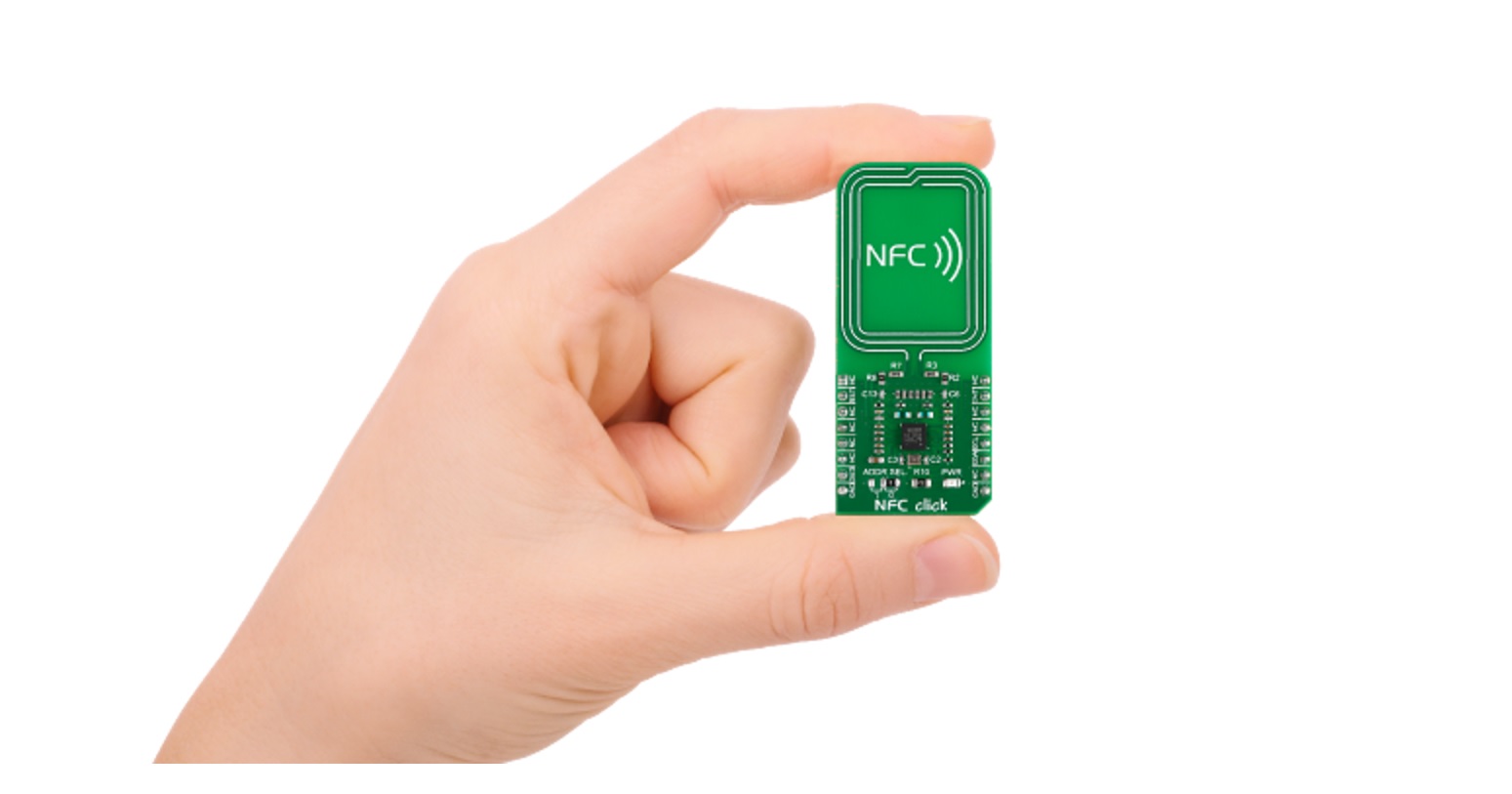 PIC. 1  The module NFC click compared to a human hand 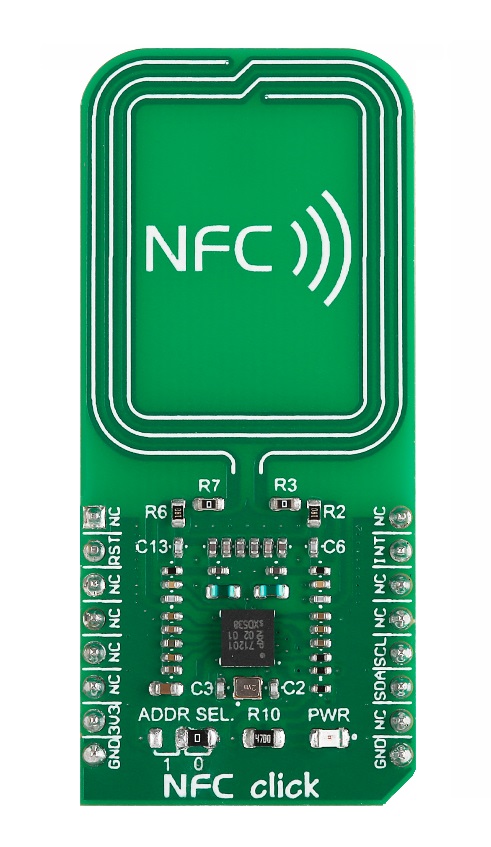 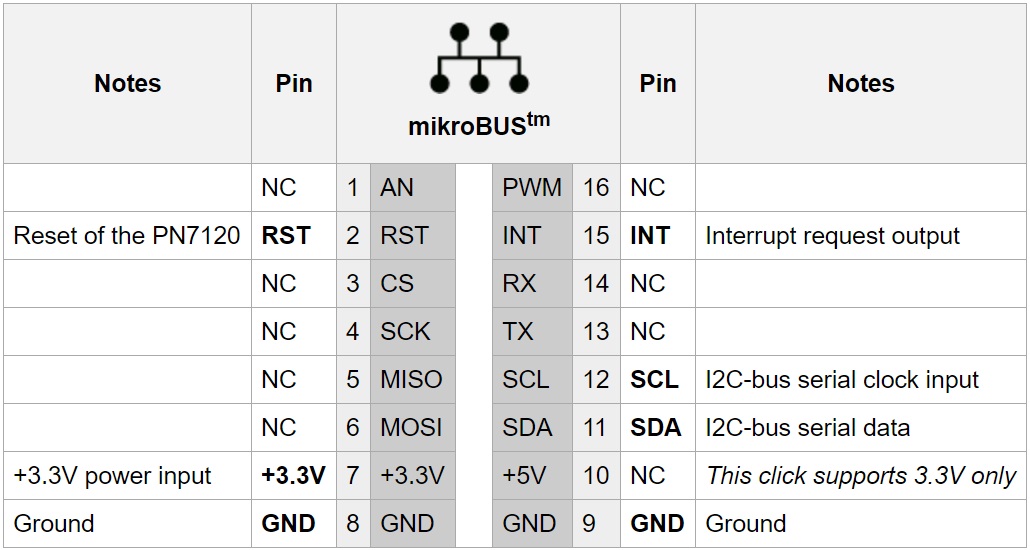