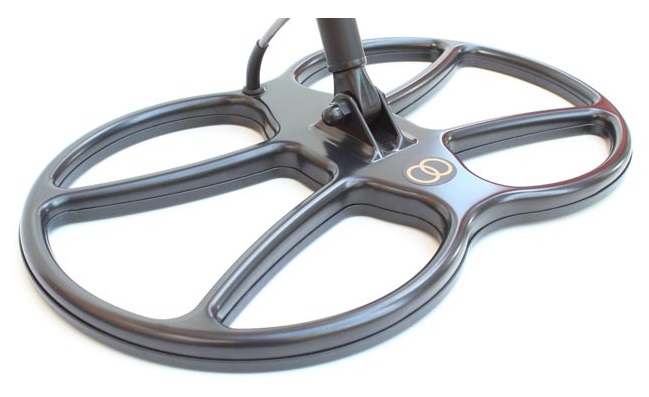 In the previous: Part 2, we are talking about the Metal Detectors using The Eddy’s Currents Method

Today we are continuing to describe the next Metal Detector’s Working Principle.

We are going to describe next principle of work in the metal detectors – namely, using the Induction Balance Method.

The ‘IB’ principle is the following:

When we say the metal detector, obviously there is a detecting head. It consists an inductor in that method is not only one.

There are two ‘D’ shaped coils of inductors : L1 and L2, carefully overlapped in a small area – this is necessary to create preconditions of producing a natural Induction Balancing.

The used stages and units are the following: 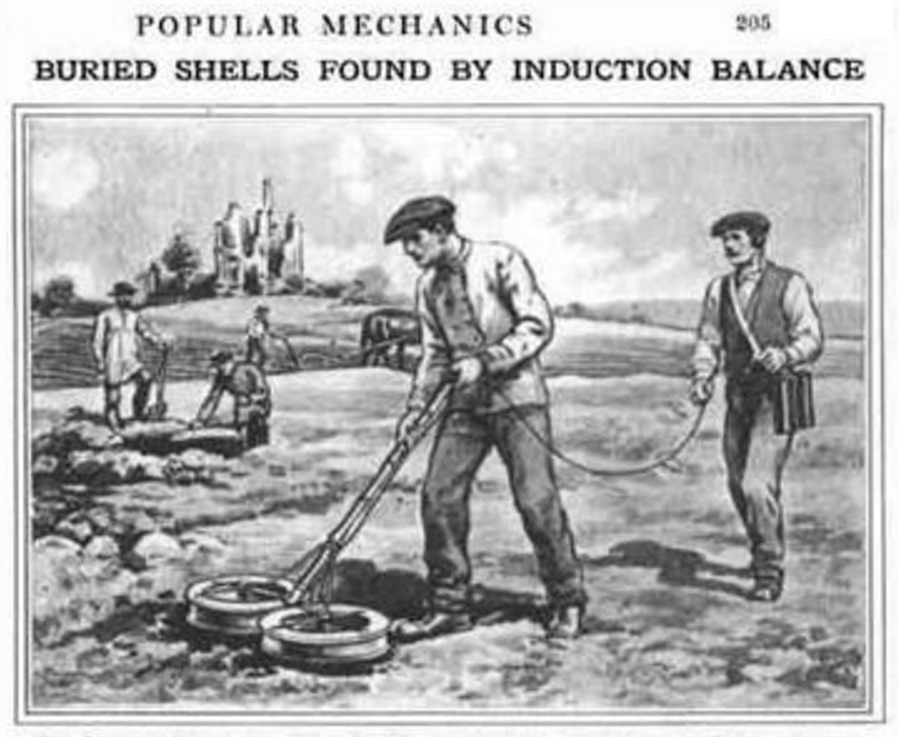 The text in the article has been pointed the first usage of induction balance metal detector with up to 16-inch depth in the ground search possibilities.

The First Inductor – L1 together with the suitable capacitor and related circuitry forms the LC-Resonance Generator. The inductor L1 sets the generator operating frequency.

Because of open magnetic field character of the Inductor – when the generator  works, the inductor spreads the electromagnetic field in the air.

The second Inductor – L2, is connected to the inputs of the alternate current signal amplifier. on the output of this amplifier is detecting circuit, comparator and LF amplifier

The inductor L2 has the same, but mirrored as winding and shape form of  the letter ‘D’ is placed over the Inductor by way of Induction Balancing – to get the minimal possible induced voltage from transmitting coil L1. There isn’t enough signal amplitude, as be amplified and detected to jump over the noise level threshold – NLT – the reference voltage of the comparing circuit.  We have the idle situation: The balanced  state.

Let’s point this principle of work to the metal detector and see how it can help us to find the treasure!

The effect from such inductive balance is the following:

When we are entering the metallic object near then searching head, we lost the inductive balancing between the L1 and L2 and proportionally of the object size, induced signal is  amplified by the Signal amplifier stage. Now, It’s significant as value amplitude is enough to be detected and transformed to direct current is applied to the comparing circuit scanning input. When the described input’s amplitude stays over the signal noise level threshold – NLT, the Comparator unit’s output controlling level switch on the monitoring signal to LF amplifier and it can be heard in the headphones or on the external speaker, if it is connected.

This principle has a dependence with the distance between the searching coil and the ground . This influence in minimized, using the Faraday’s shield, e.g. connected to the metal detector’s chassis the rolled on the coils aluminium foil can be used to shield the coils of inductors L1 and L2 from the earth interferences, electromagnetic radiation, and the capacitive influences.

The today described method or metal detector’s principle of work has a middle practical usage in the independently realized market device, but it has a high-popularity, when is used in a combination together with the other developed working principles. 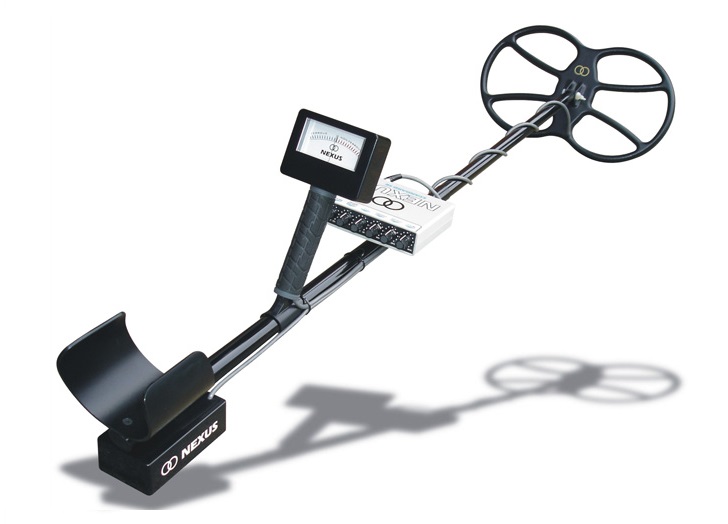