The newest Raspberry Pi 3 against the older Pi 2… 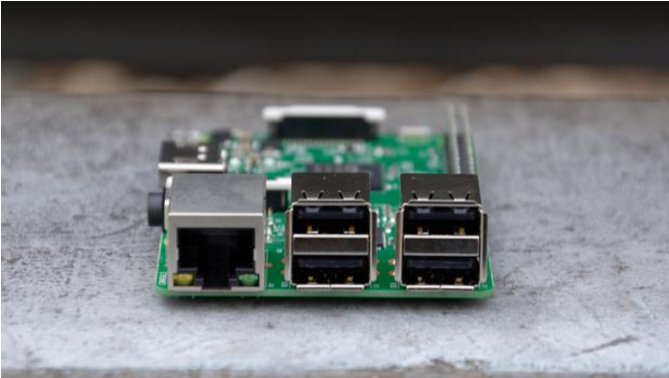 The originally Raspberry Pi was something of a revelation: a hobbyist’s computer available for very little cash. Its main problem was that it was a little slow, which is something Raspberry Pi fixed with the Pi 2, moving from a single-core CPU to a quad-core model instead. Now, with the launch of the Raspberry Pi 3, the new model is getting even faster, but is there enough here to make you want to upgrade? I’m taking a look at the differences between the Pi 2 and Pi 3 to help you make that decision.

Both the Raspberry Pi 2 and Pi 3 are the same size (86mm x 56mm x 21mm), with the mounting holes in the same place for both boards. This makes the new Pi compatible with older cases, so you should just be able to swap out an old Pi 2 for the new model. However, there are board layout differences that may cause problems for some people: the power and activity lights on the Pi 3 have been moved to the bottom left of the board from the top left on the Pi 2. If your Pi case shows these lights, they won’t be visible if you upgrade to a Pi 2.

The Pi 3 (left) has a slightly different board layout to the Pi 2 (right), although both are the same size

Both models have an integrated micro SD card slot, but the Pi 3 has a friction slot, rather than the spring-loaded slot of the Pi 2. That’s a great decision, as Expert Reviews had a Pi 2 where the spring mechanism broke, so the micro SD card had to be held in place with some electrical tape.

The big difference is that the Pi 3 now has integrated 802.11n Wi-Fi and Bluetooth. It means that you don’t need to use up one of the four USB slots and makes for a neater package overall. We’re just waiting for the updated OS to launch with Pi 3 Wi-Fi support so that we can test how good the Wi-Fi is. Assuming it’s all good, this is one change that all Pi users have wanted for a long time.

The Pi 2 had a 900MHz Cortex-A7 chip, but the Pi 3 has a 1.2GHz Cortex-A53. Running the Whetstone Pi A7 test, the Pi 3 scored 711 compared to the Pi 2’s 432: a 65% increase. That’s impressive and means that you’ll be able to run more complex tasks on the Pi 3. In the full Expert Reviews review, we found that the Pi 3 was quicker to render web pages in the Epiphany browser and LibreOffice ran more smoothly.

Impressively, the Pi 3 also uses less power, with the CPU able to clock down to 600MHz. This means that it uses just 2.5W when idle: a 22% power saving on the Pi 2’s 3.2W idle consumption. Both new and old Pi draw 3.8W under load, though. An upgraded video core in the Pi 3 runs at 400MHz, compared to 250MHz in the Pi 2. I’ll update this comparison once I’ve had the chance to run some graphics benchmarks.

There’s not the same kind of improvement moving from the Pi 2 to the Pi 3, as there was moving from an original Pi to a Pi 2, but that doesn’t make the Pi 3 any less impressive. With lower power consumption, a faster CPU, quicker graphics core and built-in Wi-Fi and Bluetooth, the Pi 3 is definitely the best choice for new Pi owners, particularly as it still costs the same £30. For Pi 2 owners, I suspect a lot of them will be tempted to upgrade, but the choice isn’t quite that simple: if your Pi 2’s struggling to run some tasks, the upgrade is worth it; for less demanding projects Pi 2 still remains a powerful and flexible computer and existing owners will remain happy if they don’t upgrade straight away.