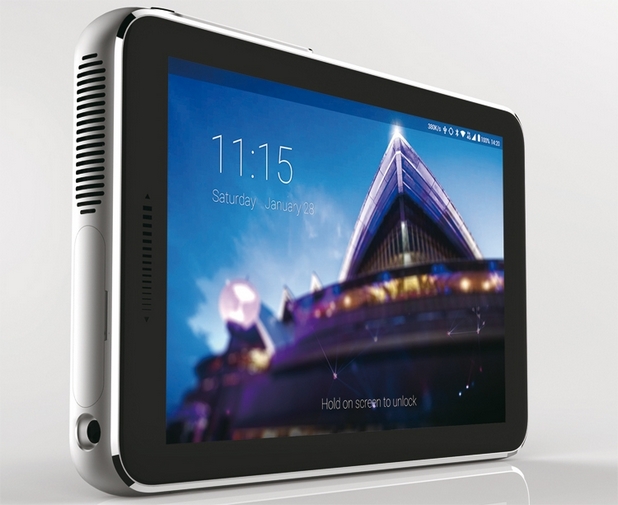 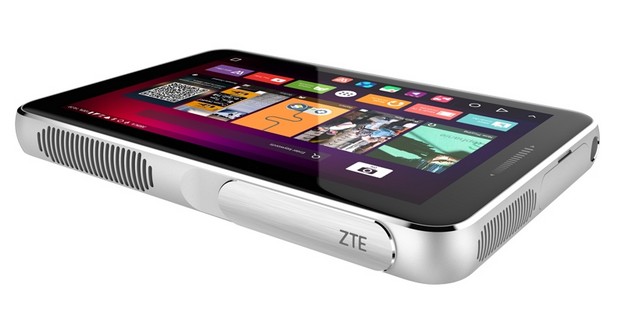 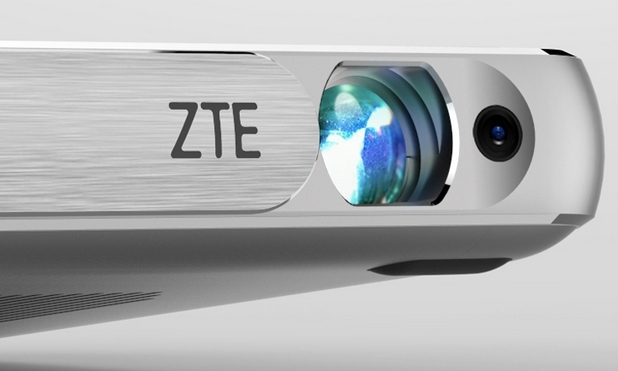 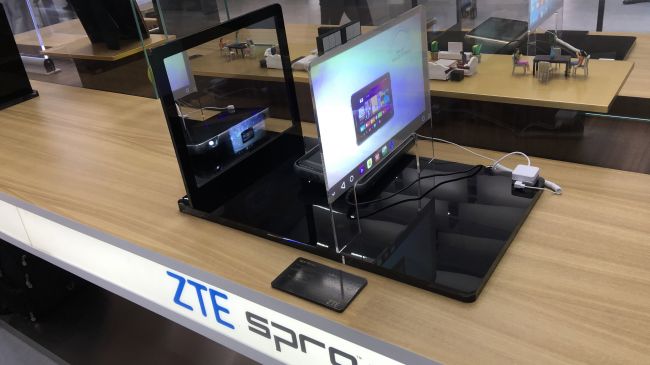 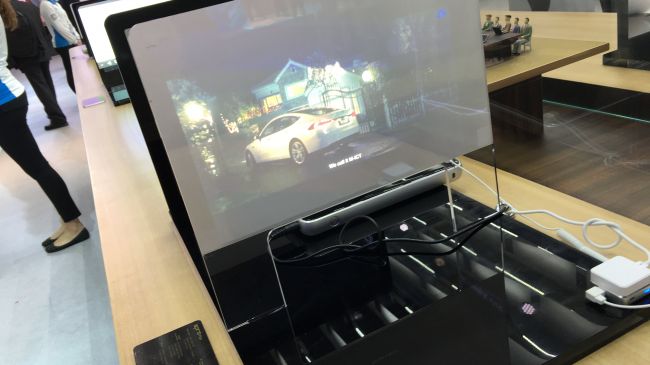 ZTE Spro Plus – Tablet, Projector or both?

The first Hybrid – Tablet and Projector 2 in 1.

At first glance you might arrive at the conclusion that the ZTE Spro Plus is the world’s bulkiest tablet – looking more like a hardback book than the slender glossy magazine stylings and thickness of a modern slate.

But, to be fair, there’s a reason for that. The ZTE Spro Plus has a laser projector that projects 500 lumen which is, and we’re going on the company’s assertion here, “the ideal luminescence for either broad daylight of dark rooms.”

ZTE’s Spro Plus (pronounced S-Pro, despite the lack of a dash) is a portable Android-powered projector with a powerful JBL sound system and a large 8.4-inch 2K display. It also acts as a Wi-Fi hotspot.

Instead of typical LED bulbs, it uses lasers that are able to project an 80-inch image from 2.4 meters (7.9 feet), but it has to be completely dark for this really to be any good. During my time with the Spro Plus though, I was impressed with how bright the laser-projected image was in a lit room. Even though the image output was just at HD quality (that’s 1,280×720 pixels), the picture still looked great.

Battery life and a display type

That projector is built into a unit that is fronted by an 8.4 inch AMOLED touch screen with a 2K resolution and a whopping 1200mAH battery, running a modified Android OS.

It also boasts a vertical and horizontal keystone correction system that allows it to be used in the wild without a constantly distorted image.

ZTE do have form in projectors – this is not the first entry in the Spro range, and they are very much aimed at business presentations.

Despite its bulk, this is an interesting device – in truth portable projectors have never truly broken into the mainstream, despite hovering around for several years. The Spro Plus is not exactly going to make it into your pocket, but it is certainly portable.

The Spro Plus will debut globally this summer, with pricing yet to be determined. If it’s not too expensive, this could be quite a handy device to lug around for a vacation to watch Netflix, which is how I could picture myself actually wanting a gadget like this.

ZTE says the projector is capable of projecting on any surface with a 500 lumens brightness, and automatic focus keeps the image sharp. You can also plug in a video camera to the Spro Plus via the USB port and use it as a video meeting device, as it’s able to pick up voices from 5 meters away. Voice commands are also supported.