As You see, the PCs goes ultra-portable and power.
Computers have been shrinking for years, and the revolution has only accelerated in recent times. Chip makers are focused on creating processors with minimal possible used power without sacrificing performance, thermal concerns have largely been alleviated in modern CPUs. Because of that, today’s PCs with credit card sized PCBs, offer enough performance to play 1080p video, have digital audio output and satisfy whole amount of office requirements. From PCs-on-a-stick to discreet boxes no larger than a deck of cards, let’s take a look at the wide range of computers available that can fit in the palm of your hand and starting with the embedded teeny-tiny PC. 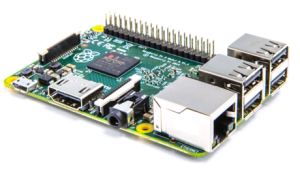 The Raspberry Pi receives accolades for kicking off the maker revolution, but it also thrust the idea of tiny computers into the limelight. The Pi certainly doesn’t look like a traditional PC:  It’s an open board powered by components usually found in smartphones, not computers, and it even draws power via a Micro-USB connection — just like mobile devices. Don’t let that fool you, though. The Raspberry Pi is a real computer with real (albeit lightweight) computing chops. It can run several varieties of Linux, and the Broadcom VideoCore IV GPU is powerful enough to output 1080p video without a hitch, making this $35 mini-PC a viable home theater PC option. (Pro tip: Use OpenELEC.) Best of all, the Raspberry Pi 2 runs circles around the original while sticking to the same $35 price point. The Raspberry Pi Foundation recently released an official touchscreen accessory for the Pi, which should help makers create all sorts of eye-opening projects. The BBC Micro:bit is following in the Raspberry Pi’s education-focused footsteps, with the BBC giving the programming board to Year Seven school children in the United Kingdom starting this October — though it can’t be used as a standalone computer.

Can’t spare $35 for a Raspberry Pi? Meet Chip, an even smaller, even more modest PC that costs a mere $9. It’s powered by an ARM-based processor from Allwinner, a low-cost producer of chips for smartphones and tablets, and a Raspbian-like Linux-based operating system pre-installed. Measuring a mere 2.3-by-1.5-inches, Chip comes with 1GHz Allwinner R8 Cortex A8 processor with Mali-400 graphics, 512MB RAM, 4GB storage, and built-in Bluetooth and Wi-Fi. Compared to the Raspberry Pi 2, Chip’s processor, which is similar to the Allwinner chip in the $100 HP 7 G2 Android tablet should be woefully slow, but its baked-in storage and wireless connectivity is something that  Pi simply doesn’t match. 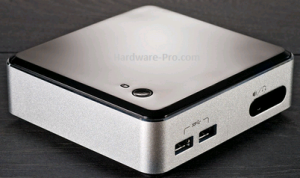 On the other side of the puny PC coin is Intel’s Next Unit of Computing, a polished, premium product that delivers full-blown desktop performance — albeit for a price often 10 times higher (or more) than the Raspberry Pi’s cost. NUCs use full-blown Intel Core processors inside their seriously sleek cases, which gives them abundant bite when it comes to computing. Actual performance metrics vary, however, depending on how you outfit your rig. Intel’s NUCs — and its Gigabyte Brix cousins — bare-bones PCs, meaning you’ll have to bring your own storage, memory, and operating system to the party.Make no mistake: All told, you pay a premium for Intel’s NUC.But damn if it isn’t nice. 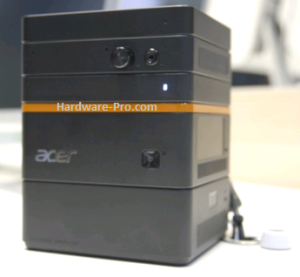 Acer’s recently revealed Revo Build modular PC can be as big or as little as you want it to be.The Revo Build’s “base” is a mere 4.9-by-4.9-inches square, packing either a Celeron or Pentium processor from Intel and8GB of memory. If you need more computing capability, you add it by simply stacking optional modules atop the base, with magnetically aligned connectors making it easy. Hot- swappable 500GB/1TB hard drive modules will be available at launch, while a wireless charging and an “audio block” with integrated speakers and a mic will be gradually rolled out overtime, all for prices unknown. The Revo Build base unit is going on sale in Europe for 199 euro. 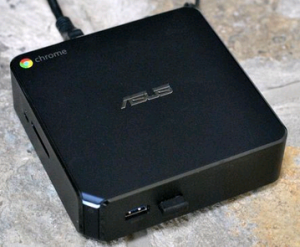 What, pricey Windows machines aren’t your thing? Check out the Asus Chromebox, the desktop equivalent of a Chromebook. At 4.88×4.88×1.65 inches, it’s slightly larger than the NUCs and Brixes of the world, but still svelte enough to fit in your hand. Don’t scoff about Chrome OS, either. Google’s operating system is surprisingly potent despite lacking compatibility with Windows software. And at $160 for the base model, the price of the Asus Chromebox is certainly right. 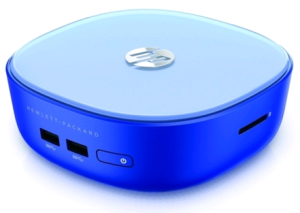 If the Chromebox’s lack of software support trips you up, fear not: HP’s Stream Mini PC costs just $180 and runs Windows 8.1 with Bing, which is basically Windows 8.1 with Bing selected as the primary search engine. This is a tempting little box, but be aware: You still won’t be able to run ultra-demanding programs very well on the Stream Mini PC, because it only packs a modest Intel Celeron 2957U processor, 2GB of memory, and a 32GB M.2 SSD. Plus, at 5.73 x 5.70 x 2.06 inches, it’s the largest tiny computer in this roundup. 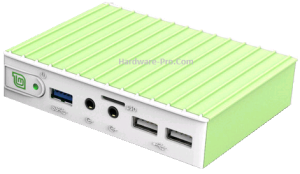 We can still get smaller. The sleek Mintbox Mini squeaks in at just 0.95 inch tall and is a whopping five times smaller than the original Mintbox mini PC. This computer’s distinctive not only for its tiny size, but also because it runs Linux Mint out of the box. With an AMD A4 6400T processor packing Radeon R3 graphics, 4GB of RAM, and 64GB of solid state storage, the Mintbox Mini should be able to handle basic Web browsing, video playback, and productivity suite tasks just fine. Even better? Between the SSD and the passive cooling for the processor, this pint-sized PC runs utterly silent. 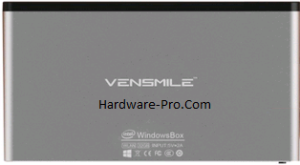 You may not have heard of Vensmile (it’s a maker of cheap Chinese PCs), but its iPC002 Wintel Mini PC still catches the eye. This sleek computer is far smaller than a DVD case at 5.82x 3.11 x 0.36 inches, but it’s still a full-blown PC powered by Windows 8.1 with Bing. Vensmile’s computer pac s a quad-core Intel Atom Bay Trail CRZ3735F processor, paired with 2GB of RAM and a 32GB eMMC hard drive. Don’t expect the performance to blow you away, but this hands-on video shows the iPC002 Wintel Mini PC performing basic computing tasks without issue. It’s powered via Micro USB, just like the Raspberry Pi, and plays nice with both Bluetooth and 802.11n Wi-Fi, theoretically making the device a capable travel companion. 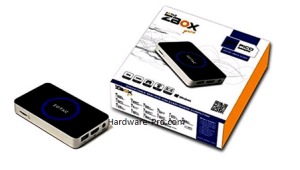 But we’re not done yet. We can still get smaller. Zotac’s $169 Zbox Pico packs a component configuration similar to Vensmile’s computer, but squeezes the hardware into even tighter quarters, with a case measuring a mere 4.6 x 2.6 x 0.8 inches. This fanless, sub-$200 Windows PC runs utterly silent, and it’s small enough to slip into your pocket — unless, perhaps, you’re a skinny jeans aficionado. 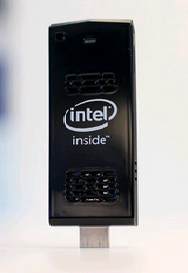 You’d be hard-pressed to find a desktop PC much smaller than the Raspberry Pi or Zotac Zbox Pico. But forget traditional desktops! Advances in technology have shrunk computers so much that they’re now available in Chromecast-like stick form, ready to turn any TV or monitor into a working PC. Just plug it into your display’s HDMI port, connect to USB for power, and you’re ready to rock — though you’ll obviously need a (preferably Bluetooth) keyboard and mouse as well.  Intel’s Compute Stick is a PC-on-a-stick generating a ton of excitement, and it’s easy to see why. At its heart, the Compute Stick packs similar internals to the Zotac and Vensmile machines in an even more portable form. Intel’s mini PC is available for $150 for a Windows-powered version with 2GB of RAM and 32GB of storage, while a Linux variant with 1GB of RAM and 8GB of storage will set you back $110. Our Compute Stick review found it neat, but niche, though a promised future version packing a more powerful Core M “Skylake” processor that still sips a mere 4.5 watts sounds pretty intriguing indeed.

Attack of the clones

Intel’s Compute stick kicked off a wave of clones, with most of sporting the same basic internal hardware configurations, though some are fancier than others. The Archos PC Stick, for example, is the cheapest Windows-on-a-stick device we’ve seen yet, with a mere $99 asking price. Lenovo and BeeLink also offer branded Compute Stick pocket PCs of their own. The most notable Compute Stick-like device announced thus far, however, may be the Asus Vivo Stick (pictured). While the other Windows stick PCs all run on Intel’s older Bay Trail chips, the Vivo Stick packs Intel’s fresh Cherry Trail processor, as well as Windows 10 and an extra USB port for peripherals. Even better, it’s only $130 — $20 less than Intel’s Windows Compute Stick. Sadly, Asus has yet to unveil a release date for the Vivo Stick.

Stick-based computing is nothing new in the world of Android; however. I reviewed Rikomagic’s Android 4.0-based MK802 II micro PC more than two years ago, and the market has only expanded since then. There are a slew of Android -PC – on -a -stick devices available today, sporting the same basic design principles as Intel’s Compute Stick and all costing far less than 100 USD .

Given the HDMI-centric design of these devices and the Play Store’s vast entertainment app library, Android sticks can excel as basic home theater PCs, adding streaming capabilities to televisions that lack Internet connectivity.

Your phone as a PC

Speaking of Android OS, today’s modern smartphones, including iPhone, have more in common with an ultra-portable computer than the landlines of old. The mature app ecosystems of both the App Store and the Play Store are more than capable of handling your basic computing needs, from productivity to entertainment to Web browsing. With a dock and some external peripherals, you can even turn your phone into a basic desktop PC for cheap, though it can take some time to get accustomed to navigating a touch-centric interface with a keyboard and mouse.