“The Samsung’s 850 PRO SSD redefines storage with the world’s first drive based on 3D V-NAND flash, offering exceptional read/write performance, reliability and power management efficiency. The 850 Pro delivers up to 2x the speed, density, and endurance of conventional flash. “ 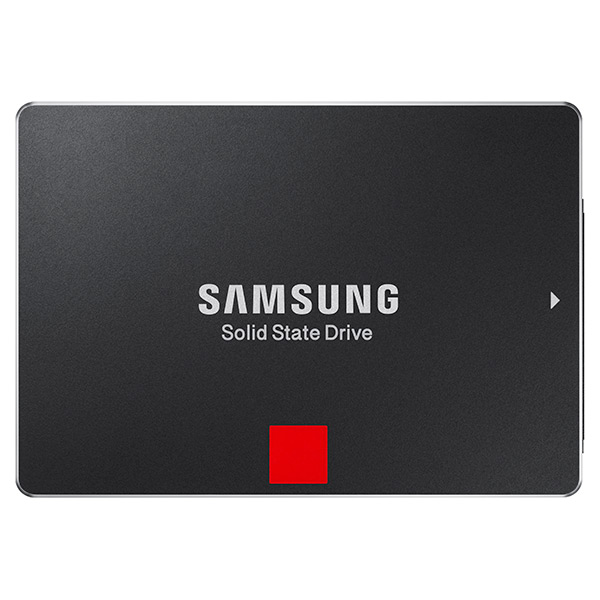 Basically, V-NAND allows Samsung to stack layers of transistors on top of each other in a vertical, real cool Z-axis dimension; instead of spreading everything out like peanut butter on a carpet –which takes up more space and costs more money to produce. That’s so smart and innovative, right? Just like how people have done that concept to build tall, economical apartments approx 63 years before. sarcasm alert. But hey, it’s more difficult thus revolutionary when it comes to modern technology. Watch this video about V-NAND made by Samsung if you want a cool visual explanation.

Now besides the jump from TLC/MLC NAND to V-NAND, the fundamentals of 850 Pro are indeed the same as its siblings 840 and 840 EVO: triple-core MEX controller, SATA III interface.

However, you can bet that the firmware is more carefully developed to push the new technology to the edges. For example, the 850 Pro comes with 10-year warranty simply because Samsung is very confident of the drive’s endurance which exceeds the 150TB worth of data written to the drive in its entire lifetime (or 80GB per day for five consecutive years). Samsung also brags that during internal tests, the 850 Pro was still going strong and happy even after 8,000TB writes.

Another great benefit from 3D V-NAND is data and power efficiency.

Because the platform is now structured vertically, packets can be delivered and retrieved quicker and at a more consistent interval. And also because of that, power consumption has been reduced to a mere 3W during taxing reads or writes.

Most benchmarks you may find for 850 Pro show that this series performs extremely well under normal and stress condition. With the support of RAPID technology – that can be enabled using Samsung proprietary Magician software – the 850 Pro easily tops the chart in anything you throw at it. With that being said, I’m really excited to have a new candidate for another super green mini home theater PC this coming month.

RAPID, short for Real-time Accelerated Processing of I/O Data, is a Samsung’s proprietary feature that automatically uses a portion of system memory as a temporary, larger and faster cache on top of the DRAM and main NAND.

The 850 EVO comes with the brand new and long-awaited NAND technology that Samsung teased us a few months back –the 128Gbit TLC 3D V-NAND. Keyword: TLC –no, not the cable network for those who question.

The 840 series is one of the first SSD to use TLC and successfully proves that this type of flash memory is just as fast, as durable and as great as traditional upper-tier MLC NAND when done right. Today breakthrough is the structure of 850 EVO’s TLC now built like a deck of cards — 32 layers all stacked up just like the 850 Pro.

The strong advantage of vertical layers for a NAND is the power efficiency as well as the overall endurance. The 850 EVO now can take the beating up to 75TB of total writes for its 120GB and 250GB models. The 500GB and 1TB won’t get tired until 150TB of total writes. That simply puts the level of TLC V-NAND used in 850 EVO in almost the same measures as MLC V-NAND in 850 Pro. One can’t simply wear out this drive under normal workload. It will sit there and work diligently during your entire trip from the Shire to Mordor and back again if that matters.

Another change that’s introduced with 850 EVO’s 120GB, 250GB, and 500GB in particular, is the dual-core MGX controller while this series’s 1TB model still uses the same Triple-core MEX found in 850 Pro. Now according to Samsung, you can rest assure that one single core doesn’t impact the performance of the drive in any way. This helps Samsung on the production cost and perhaps it’s also a good thing for the end-users in term of pricing.

So if everything sounds so good, what’s the drawback? The 850 EVO is quite well rounded that in order to find its fault, we will have to sit here and split baby hair to pick the Cons. With V-NAND technology blessing on TLC like Castiel found his grace, now it is as fast/faster than most consumer-grade MLC in the market besides Samsung 850 Pro. Hell, it would even outlast them in endurance level.

If anything, it would be the firmware that those who had a problem with the notorious performance-degraded issue on 840 Series should be concerned about. I trust that Samsung has learned that little yet significant lesson and got everything right this time for the market that loving and supporting them.

For now, 850 EVO is obviously the best price and best choice for any mainstream or gaming PC builds, while the 850 Pro becomes the great candidate for basic enterprise server, high-end workstation, and heavy-duty multimedia production computers.